Saeed-Vafa’s 2013 documentary Jerry and Me details her experiences growing up in Iran as a fan of Jerry Lewis and classical Hollywood cinema in general. Frustrated creatively by the Islamic Revolution and the Iran-Iraq War, she followed the rest of her family to the U.S. in 1983 and, having settled in Chicago, helped launch the Gene Siskel Film Center’s Festival of Film From Iran, now in its 25th year. The 65-year-old is a full-time faculty member in the Film and Video Department at Columbia College.

Cinema was a big deal, at least in my generation. I come from a middle-class family, so it was the biggest form of entertainment. My father was a huge fan. As soon as a new movie would come, I would go accompany him. Hollywood dominated the whole country, so there were a lot of American films that I grew up with. There were some Iranian commercial films that were hugely popular, and later on, in my early teens, there were some that coincided with the Iranian new wave. There were European films—a lot of Italian films, some Japanese films, some French films. There were cine-clubs and cinematheques and art houses.

Many American films were pure fantasy to me, like westerns or romantic comedy. There was nothing that I could directly relate to because the society and the values they were portraying were far from where I come from. But they were already planting in me the idea that the United States is a country full of color, full of adventure. America was a mecca for us, because we wanted to be modern. 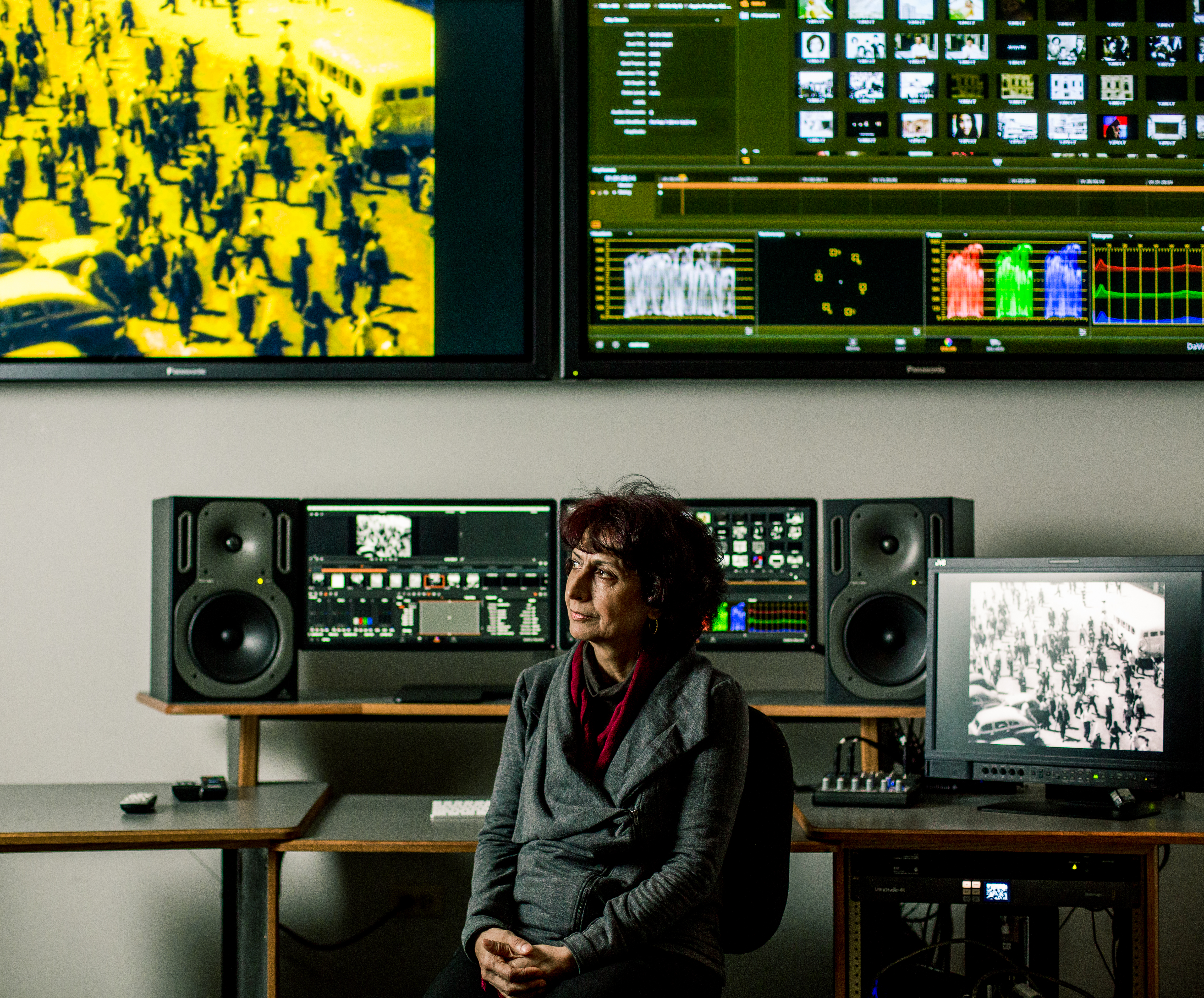 My intro to film was a class in the newly founded school of cinema and television. Then I went to London Film School, where I got my practical and technical training. Going to London was a quite an eye-opener for me, because my classmates were from different parts of the world. But I did not like the weather; it was always raining and cloudy. I come from a hot, sunny environment. The language and people, I missed them so much.

Two years before the revolution I went back to Iran and got a teaching job at the school of cinema and television. Then I saw that things were starting to change. You could see it in 1976, ’77 too, but it culminated in 1978. The clergy regarded Hollywood film as propagating immoral values regarding man-woman relationships. Those who were very strict would not watch television or go to movies. More than a hundred movie theaters were set on fire. Before the revolution, Warner Bros., 20th Century Fox—a lot of those companies had offices in Iran. But many of those prints were destroyed right away. For almost two years, all movie theaters were closed.

I started making a film right after the revolution, in 1979. The story was about a little boy who has to help his father by delivering a message to the other side of Tehran. I wanted to shoot in the streets at night. Suddenly, in the middle of the shoot, the father of the child said, “I’m not going to send my child anymore. It’s war.” So I stopped. After eight or nine months they asked me to finish it, but the child already had changed, his [baby teeth] had come out. Half of the film could not be used.

“Hollywood planted in me the idea that the United States is a country full of color, full of adventure.”

Then they started to close down all the schools to get rid of courses that were not up to the values of the revolution. The film school was half open, and we had students who were very religious. I got to know many different types, from very radical to very secular. Some of my students were politically active; they were arrested and killed. Some of my colleagues were also active; they either went underground or escaped, or they were fired.

Cinema came to a standstill. They talked about how cinema could be used in a different way, more didactic, more educational, spreading revolutionary values. They started talking about “Islamic cinema.” In 1983 they established the Fajr International Film Festival, and they opened the Farabi Cinema Foundation. Suddenly there was a lot of support from the government, but mainly for films that had revolutionary content. I wasn’t that kind of filmmaker. The stories I wanted to tell were about my childhood and the issues I confronted in Iran during the shah’s time.

They started bombarding Tehran too. That anxiety was a little too much. I didn’t know how long the war would go on. None of my family were in Tehran; I was all by myself. I was very depressed. I thought, “I should just go somewhere where I forget about myself.” My youngest sister was in Chicago, and she encouraged me to come. Rubicon Productions in Evanston were making films for American Playhouse and hired me as an editor.

In 1988 I talked to Barbara Scharres [director of programming at Gene Siskel Film Center] about starting an Iranian series. For the first festival I showed new wave films made before the revolution. I showed The Mongols by Parviz Kimiavi, and I invited him from Paris. I showed Still Life by Sohrab Shahid-Saless. One of Mohsen Makhmalbaf’s films, The Peddler, was in Toronto, so we invited that film. That was very successful, especially with the directors being there. Those films were not accessible online or anywhere, and Iranians in Chicago wanted to see them. For the non-Iranians, with all the political stuff about the hostages and the revolution, they wanted to see what Iranians looked like.

I learn a lot from my film students about the culture I’m one generation away from. They inspire me, but I also bring them a certain consciousness because of what I have been through. I was in Iran for four years under the war, so when they want to glorify war, I can discuss that. That really has been the most valuable experience of my life here, that whatever I’ve learned in that part of the world I could somehow bring to my students and their projects and their consciousness.   v 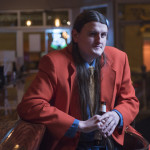