April Strong has held many titles to go along with her array of talents. She is currently a Channel Development Manager for Nimble Storage, a Makeup Artist and owner of April Strong Artistry. In addition, April has also been in the event planning industry since 2007 as well as a former lifestyle model. April’s experience also spans into the pageant industry as a competitor and a local and state pageant assistant. Her most recent accomplishment was placing 1st Runner-Up to Miss Illinois USA 2014. Tying into her pageant experience, it was through Miss America she discovered her voice as a sexual abuse survivor by working with Chicago organizations such as Women At Risk International and Dream Catchers. Outside of her career and many passions, April enjoys traveling, yoga and the company of her fiancé, family and friends. 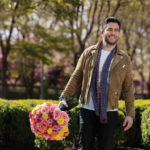