A senior at the Chicago Math and Science Academy, Jeanne was born in Tanzania. Her family left the east-African country when she was nine years old as part of a resettlement of Burundian refugees fleeing ethnic violence. She’s been adapting to life in the U.S. with the help of GirlForward, a nonprofit connecting refugee girls with mentors, education opportunities, and adolescents with similar histories.

I hear people say that we came here because there was a war, but I don’t recall that. I was young. My parents said, “We’re going to the U.S.” They’re parents—you do what they say.

I remember when we arrived in Chicago it was nighttime and I just saw lights, all different colors. It was so beautiful. I was amazed by the city.

My dad works at the Blackstone Hotel. He’s been working there since we got here. My mom serves lunch at a school. I have a younger brother who is 14 and another, seven, who was born in the United States. 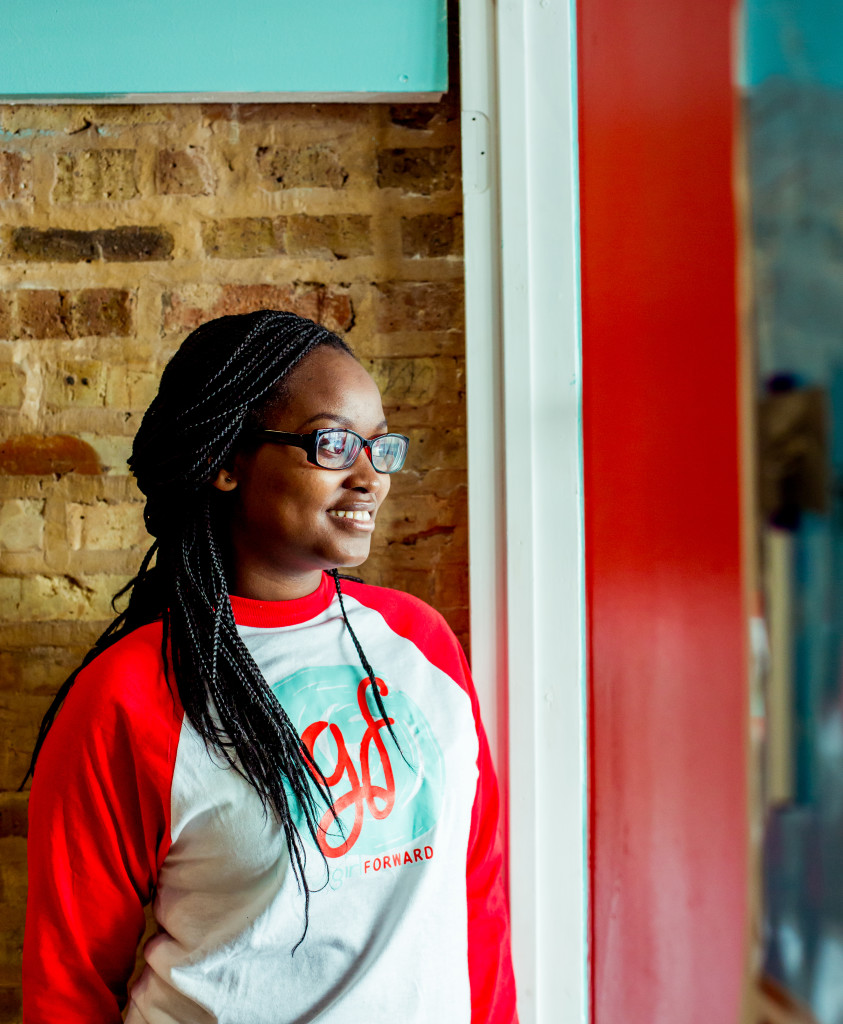 Every summer I look for something productive to do. I was on Facebook and I saw GirlForward and I saw different pictures of girls from all over Africa. I’ve been here for eight years, but I had not seen many people who are from where I am from. I wanted to get to know them and meet new people.

When we go on field trips, we don’t take school buses like camps do. We use public transportation and we learn how to get from one place to another by ourselves. I really like that. I can relate to girls who just came to the United States, and I do my best to help them out because I was there once.

When I first started school here I felt lonely. I didn’t speak the language, I didn’t know anybody, I didn’t know how to say hi. I just felt alone. I always sat at the back of the class because I was so nervous. Nobody spoke the same language as me, nobody understood what I was going through.

At my old school, they put me in ESL classes. The teacher was not understanding that different people learn differently. He taught everyone the same way, and I wasn’t getting anything out of it. I was just there to be there. I wasn’t really knowing what he was saying. When we came to the U.S. we had people working with us to get us social security, and they noticed that I wasn’t learning. One of them found out about Chicago Math and Science Academy and we went there. I started actually learning something. I would stay after school, and the teacher knew it took different ways to teach different people.

At CMSA, I felt like I finally belonged somewhere. I was that shy kid. I didn’t want to say anything. I felt like I would be judged. Even now I feel like I will be judged with the accent I have and certain words, I can’t put them right. At home I mix [languages], go in and out. I forgot a lot. When we first got here my parents wanted us to speak English at home so that me and my brother would learn the language. 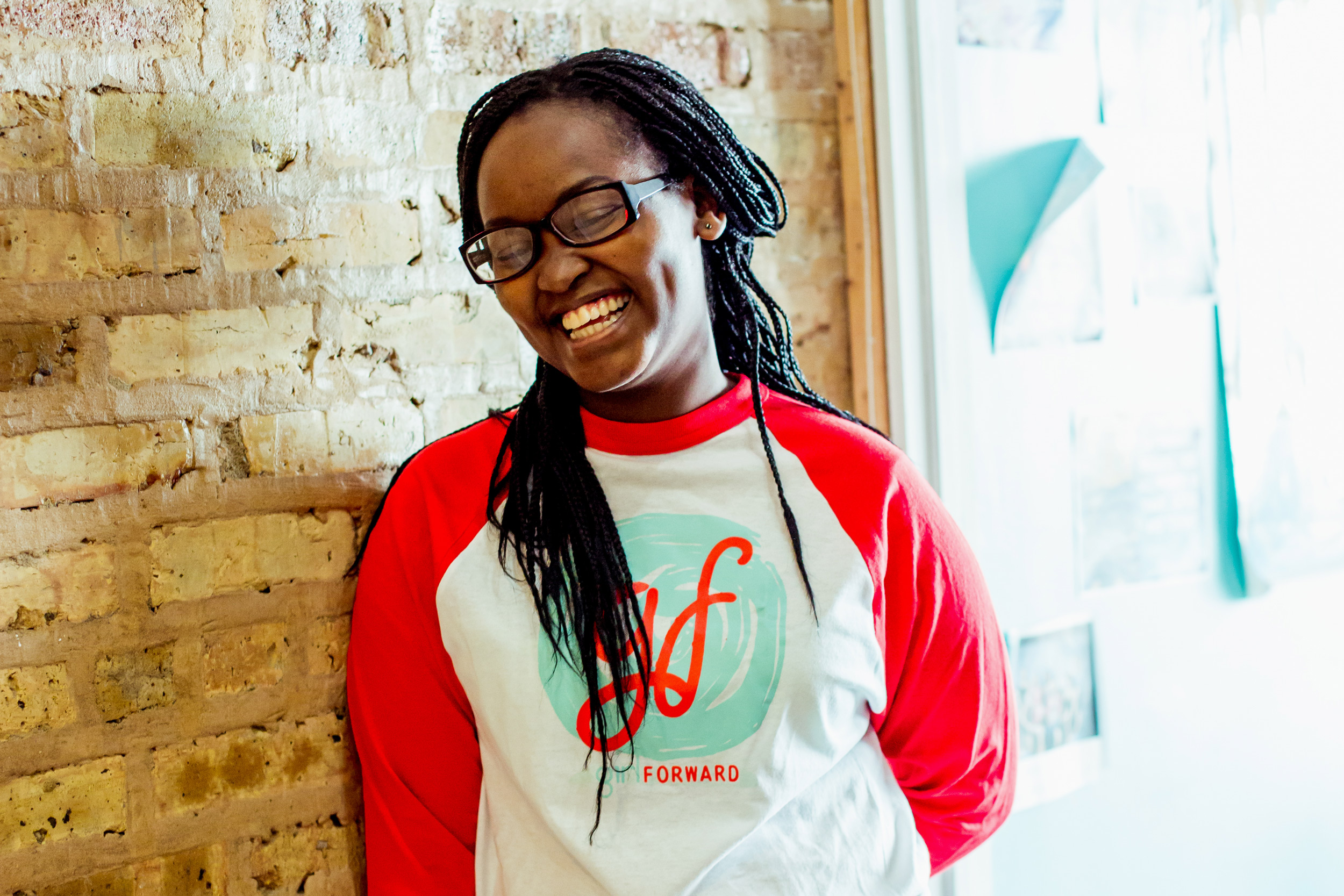 My family’s kind of weird. The American family, they sit around and chitchat at holidays. My family is totally the opposite. We are family but have a different way of showing we are a family. Like Christmas, the American family will have a dinner. We don’t do that. We just look at it like another day. We don’t celebrate birthdays, we don’t even sing “Happy Birthday.” My parents want to adapt to the American way the more they see it—now they’ll buy cake for birthdays.

I want to study sociology and women and gender studies. I want to be a social worker. The people who helped me influenced me to help people from different places. When you come here, you don’t have a lot of support. You feel alone, you feel hopeless. I want people to feel like they’re not alone, like there’s a person here to help them with their needs.   v