If you’ve ever attended a meeting of a Chicago or Cook County governing body, there’s a good chance you’ve witnessed the inspired oratory of George Blakemore, the city’s most diligent gadfly. A Texas native who came to Chicago in the 1970s, a onetime teacher and former Maxwell Street vendor, he’s spent the last 25 or so of his 73 years monitoring government proceedings, stepping up with a reliably contrarian point of view whenever there’s an opportunity for public comment. And sometimes he gets tangible results: for example, thanks in large part to Blakemore’s advocacy, Harold Washington’s name now appears on the sign for the CTA’s Library-State/Van Buren stop.

This is about me being able to represent my community, specifically black people, and the greater community—all the citizens of our great city.

I’m motivated to attend these meetings, knowing that if I don’t come it’s a possibility that no one would be there to represent the public. I’m not speaking about elected officials or staff. I’m speaking about people with no economic interest, motivated by civic responsibility and wanting to make sure government works in the interest of the general public.

When I attend these meetings, I’m not welcome. The public officials resent public participation. They do not realize that it’s one of their job’s responsibilities, to educate and inform their constituents about the policies that are being made. Some of them do not send out e-mails, do not have community meetings. They make their decisions without the input of their constituents, and they make them in the interests of the politicians. It’s about who’s going to control the money, the goods, the services, the contracts. 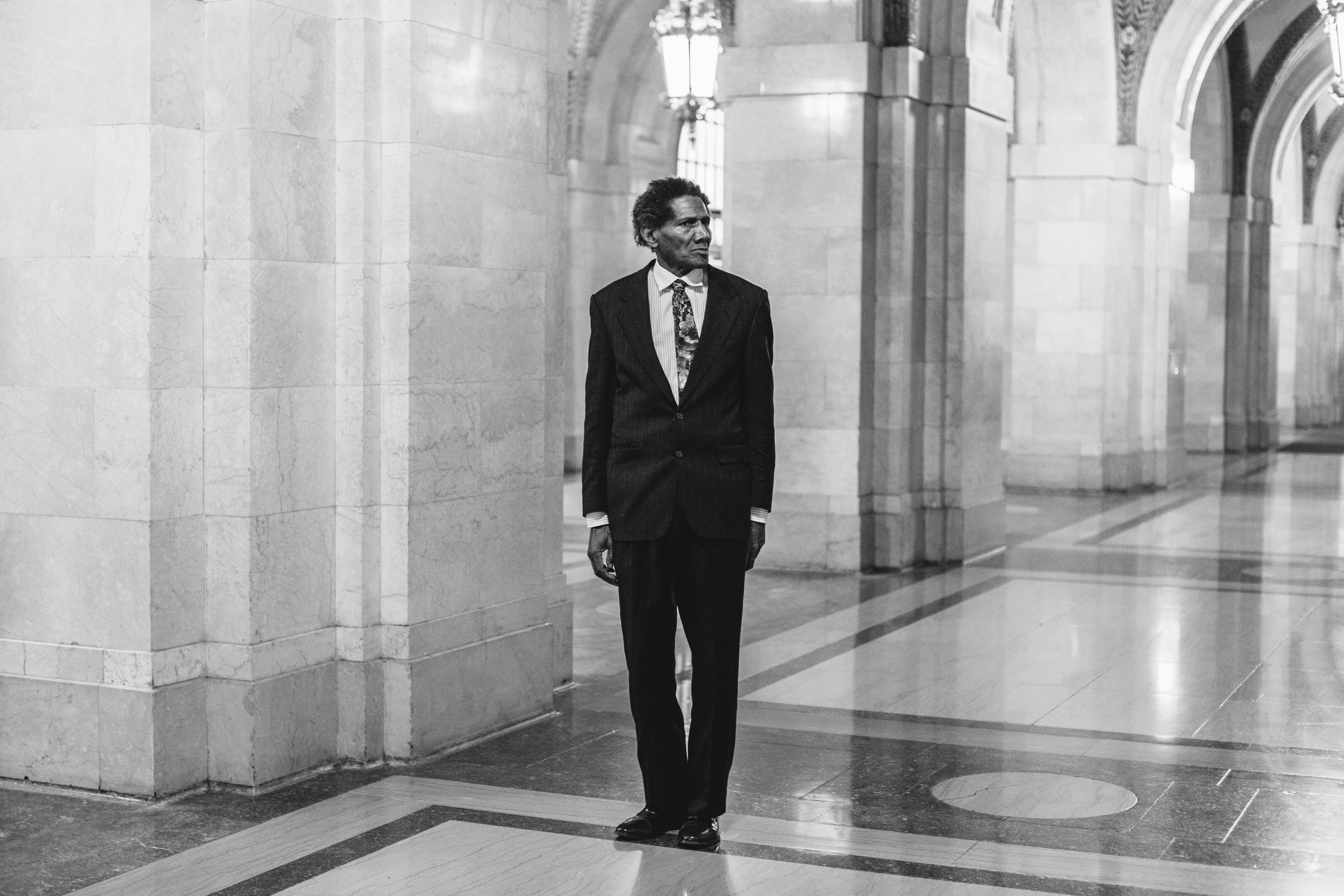 Here in our great global city we have a one-party system, which is the Democratic machine. They control all the elected officials, from the assessor to the clerk to the recorder of deeds to water reclamation to CTA. The machine slates all of these people to run for office, and in return the machine is able to give guaranteed jobs to its followers. It’s the same at the city, the county, and the state.

I was told that the state fiscal climate is the worst of all 50 states. And the city, which is supposed to be a world-class city, is an economic disaster today because of this one-party machine. They’re passing the buck: one says the state is doing it; one says the city is doing it. The leadership in Springfield—Madigan, Cullerton, senators, and representatives from Chicago—is keeping that machine going. And the machine is not working in the interest of citizens. They have not been prudent stewards of the citizens’ money.

“Advocating on behalf of my community takes a psychological and physical toll.”

The schools are not teaching civics. It used to be mandatory that you have so many courses specifically about the responsibility of citizenship. It’s not only to go and vote, but you must make your elected officials accountable. And the reason people do not come down is because the politicians don’t want them to get involved. When I come, I’m like a little Lone Ranger, without Tonto. The politicians are very arrogant and abusive. And they come late, some of them don’t come at all, but they have a set of rules for the citizens: when it comes to speaking—three minutes.

So the government is out of control. But the people are part of the problem too—not only the elected officials, but the average citizens. What mother or what father—I’m using an example—would send their children to school without going to PTA meetings? Without checking to make sure that the schools are doing justice? The citizens have a responsibility and the elected officials have a responsibility. All of the above have dropped the baton.

That’s why the politicians feel they do not have to be transparent. What fascinates me when I go down, they have a premeeting prior to the meeting. And that’s against the Open Meetings Act. Why do I suspect this? Because of the rubber stamp. When they introduce anything in the committee, it’s aye, aye, aye, aye. No dissent. It’s like a one-party government. And that’s not healthy. 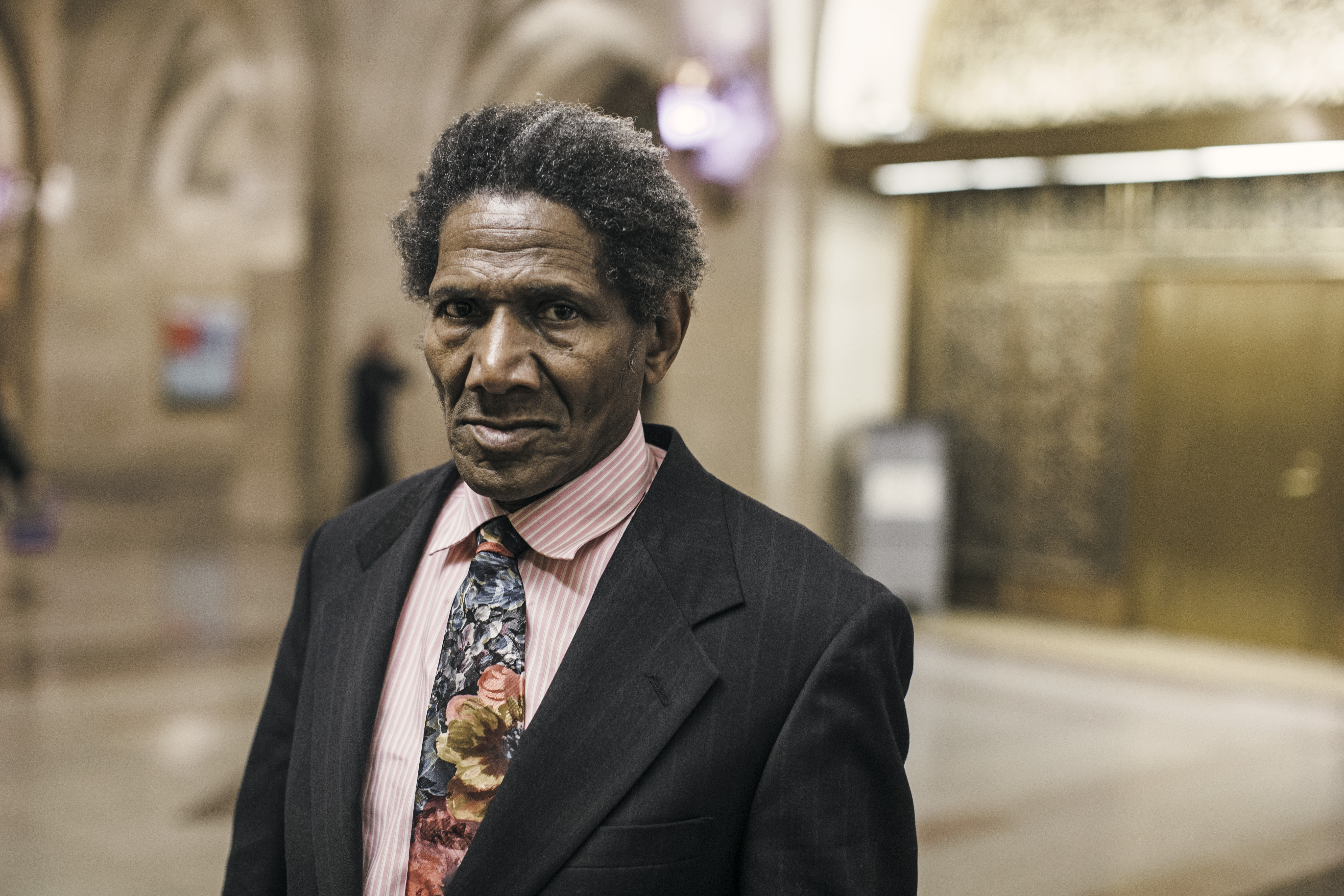 I spoke about ten times today, in the various committee meetings. And one of the commissioners said, “Are you going to speak again, George?” I was appalled that he would even talk to me in this manner. I have a right to speak. I do not have a PhD in public policy; I have a BA in history and government. But one thing is in the books, another thing is in practice. Going to these meetings, I can get the agenda, look at it two or three minutes, and know the game. ’Cause it’s the same game being played for Water Reclamation, the Cook County Board, the CHA, the CTA, the RTA, the same game—with the money, the jobs, the goods and services that they deliver. It’s just another name, another vendor, and they’re all politically connected.

As you get older you might get wiser, but you don’t have the energy you had when you were young. So it’s quite a challenge for me to come out and advocate on behalf of my community and the greater community. It takes a psychological and physical toll. Sometimes when I get to speaking, my heart gets to beating, because I get so passionate. And when I’ve come to those meetings, they do things to aggravate me, say certain things to trigger me. And I have to remember that as a public servant I must conduct myself like a gentleman, and I must not let these elected bullies distract me from my mission.

This morning I didn’t want to come down to this meeting. Sometimes I get tired of showing up. But I say, “George, you say you are a concerned citizen. And you’ve received so much from your ancestors. They made sacrifices. Go and get on the bus and go on down there.”   v 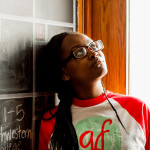 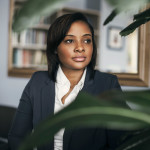