Stopka, 32, is a homegrown stand-up comedian who has toured extensively with Doug Stanhope and appeared on Comedy Underground With Dave Attell. His comedy ranges from irreverent and silly to demented and diabolical, and for whatever reason he doesn’t currently host a local open mike (club owners, take note).

I grew up right here in Humboldt Park. Went to Saint Helen. My father came from Poland, bought a house, and then another in the early 80s, kind of on the border of Humboldt Park and Ukrainian Village. Just blue-collar people. My dad was a mechanic and my mom was a quality-control inspector.

I was a night owl and could stay up on Saturdays. There was a comedy showcase that came on at, like, 3 AM. It was Saturday Night Live, Showtime at the Apollo, and then some comedy special on free TV. We didn’t have cable, so we didn’t see a lot of stand-up other than what was on Letterman. I wasn’t picky. I liked ’em all. Kinison. Gilbert Gottfried—he was real weird, and I like that kind of weirdness. I liked the shitty comics, and I liked the clean comics.

My first open mike was during a music showcase at Phyllis’ Musical Inn. It was all musicians, no comics; they were happy to have me. I can’t even get an open mike going there now. What do I gotta do? I’m on TV and everything. My first was good. That’s how it usually happens—and then you bomb the second time. Sometimes it’s the opposite: you bomb and keep bombing, and then you’re just a shit comic.

Don’t ever ask a comic about his first material. I’d rather show you naked pictures of me as a nine-year-old kid than show you my notebook or tell first jokes. When you’re new you think you’ve got 30 minutes, but in reality you have zero. You just try to get a light laugh when you can. I didn’t start doing what I really wanted until maybe a year and a half or two years ago. 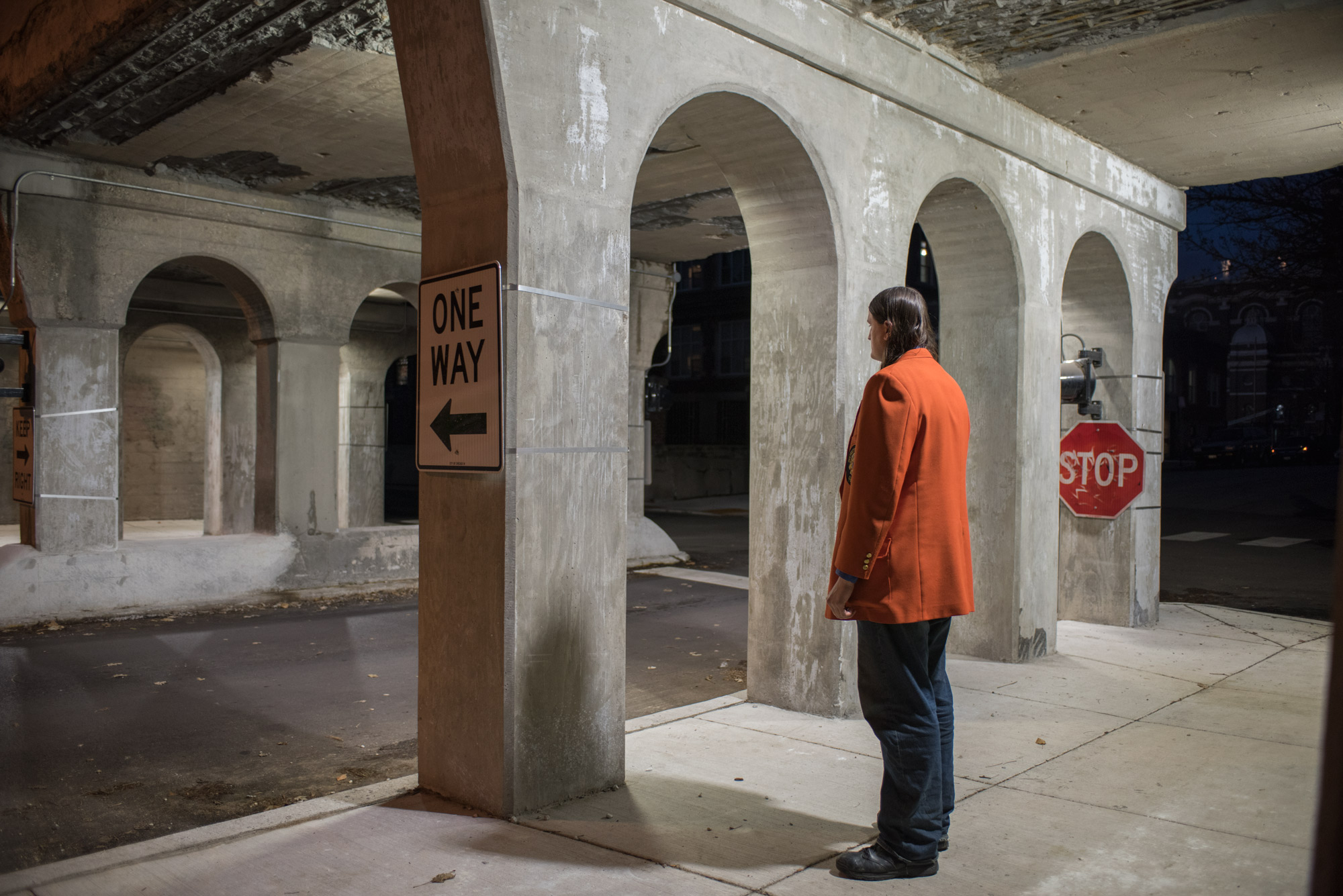 I was first on a bill in probably 2007. Some shitty local showcase. But you can actually get a reaction from a crowd because open mikes are full of miserable comics that just want up. When you see a reaction from the crowd, that’s awesome. Your first hit is always the best one, right?

I would say I’m more silly than morose. My initial approach was just to do straight jokes. Then I was like, “This ain’t me.” And I just started making fun of my own jokes. Just like, “Ahhhh, dating is rough!” And then I’d shit on myself. I never try to appeal to comics. I don’t care what the audience wants. I do what I want to do.

I can’t pack a room, and I’m from here. I refuse to work with comics, but I’m not a loner. You work with anybody and you start to hate them. You work with the nicest guy but after a while you’ll be like, “Why the fuck is this guy so nice. What is he hiding? Why is he smiling?” Hate will always find a way. I like the grind. As long as my jokes work I’m happy.

I hooked up with Doug Stanhope at Lakeshore Theater. It’s the Laugh Factory now but it used to be the Lakeshore, and it booked the cream of the crop. Bill Burr, Patrice O’Neal, Eddie Pepitone. They had Reggie Watts there and nobody was in the crowd. He had to go outside and wrangle people. Seeing those shows made me a better comic.

“Don’t ever ask a comic about his first material. I’d rather show you naked pictures of me as a nine-year-old kid.”

The Stanhope shows were the best I’ve ever done. The crowd liked me, got me. I’m similar to him in the way that we can both offend people. They’ll like the joke and then I’ll try to get them to not like me at the end of it.

There are scary venues. One we did in Pensacola looked like a dilapidated meth house, and I thought they were going to kill us. Then it turned out to be one of the best shows. Florida is so weird. And it’s terrifying there, especially in the Panhandle. Touring is fun if you take a buddy. I did one with Carlos Valencia. He named it “the Fluffer Tour” because we fluffed up the good comics.

It’s better to just make some money and keep driving. I see why people want that nomadic lifestyle. You’re by yourself for so long that you think of really good ideas because you’re always in the dark recesses of your own head. That’s the best comedy. Abso-fucking-lutely.

I should record an album, but there are so many. Maybe 50 comics in this city have one. It’s oversaturated. Obviously I need to hawk shit and make a living. Some T-shirts comics sell are ridiculous. My friend made this joke about how he likes to fuck while he spoons, so he calls it “sporking.” He has a shirt that says, “I spork.” 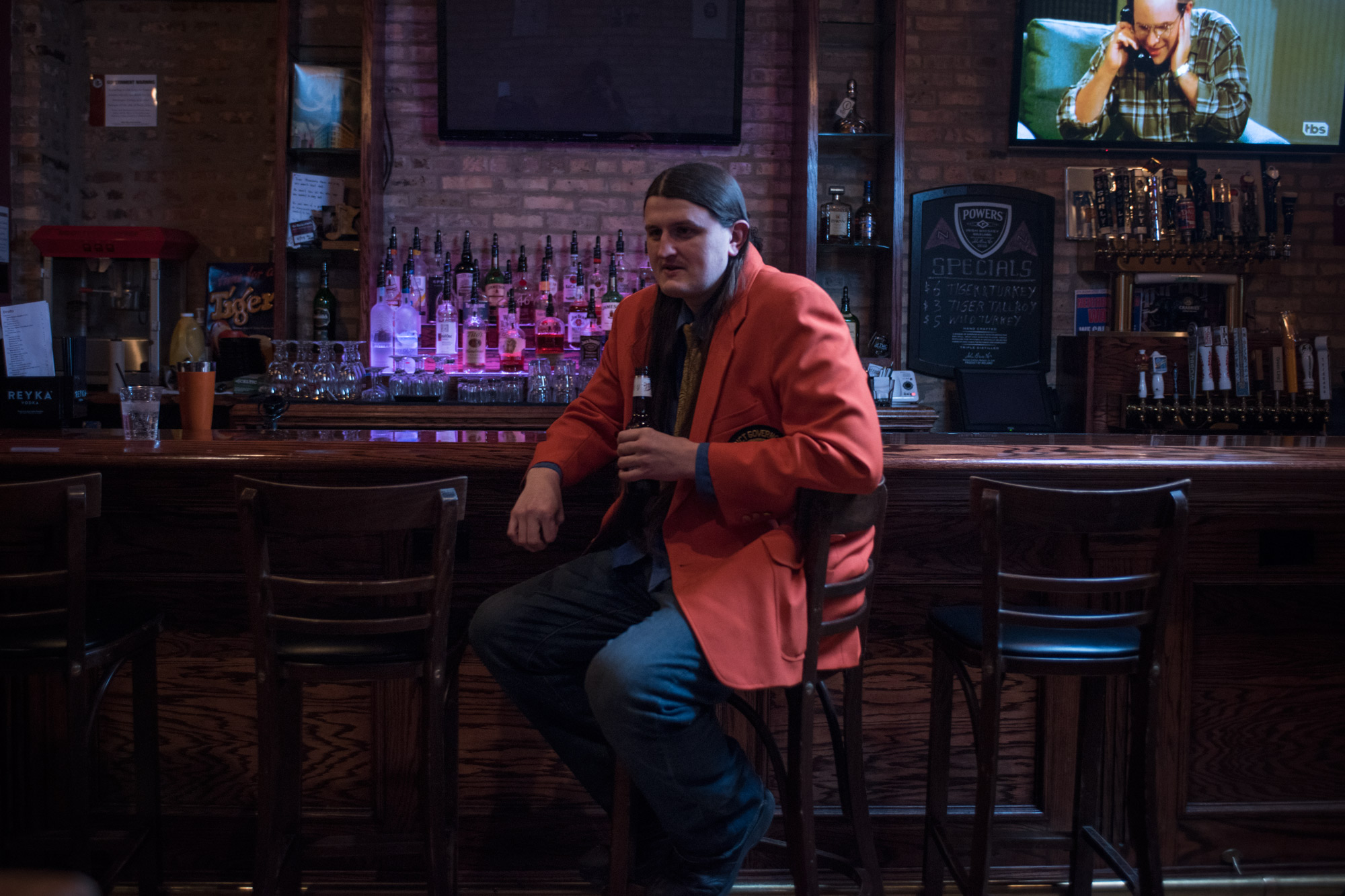 I tell hecklers to be quiet but if they’re not, I’m like, “OK, you want to be part of the show? You want to ruin it? Let’s ruin it.” If they’re not liking me, I detour. I go in the crowd, be an asshole: “How you doing? What’s your shitty job? What kind of cat you own?” That’s what gets the YouTube hits. But do you want to see a whole set about hecklers? If I saw Richard Pryor and some dude in the front row kept yelling, I’d say, “Shut the fuck up! I want to hear how he burned himself.”

I like old shtick too. I like the Three Stooges. Vaudeville-esque. Sometimes I feel like I could sing a song and tell a joke—and then someone throws a tomato at me. My main job is comedy. That’s how I make my very little money.

If I see the crowd is really tight I’ll push it. I’ll do my old block about just murdering women for no reason. Innocent white ladies who don’t exist. I’ve done that before with Stanhope. We were booked with some lady who was on a sitcom targeted toward teenage girls. The whole crowd was teenage girls. So I was like, “I ain’t gonna do well here.” I did my 20 minutes about murdering and torturing women, and I guess it was just Stanhope in the back laughing. I knew my other jokes weren’t going to work anyway. So let’s start off with the murdering, suicide, and torture.   v 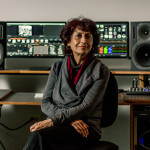 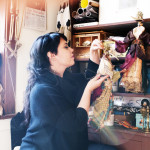