Doris represented Guyana in the men’s triple jump at the 2016 Olympics, placing seventh in the finals. The 27-year-old records music as a hobby, producing house songs under the name Good Junk and footwork tracks as Allblack.

I’m the youngest of three. My oldest brother, Dionte, ran track, and he’s always been a good role model to my middle brother and myself. I just wanted to follow whatever he did. My middle brother, Ryan, was like, “All right, we’re gonna do this together. We’re gonna hold each other accountable for what we do, and then we’re gonna see how good we can get at it.” It was an obsession since I was 15—just that one bit of influence from my oldest brother turned into a huge dream that came true.

I didn’t have the most straightforward path. I had to go to junior college, and then I had coaches in junior college that helped me train, but it was still very independent. Then I finally got to University of Iowa—I’m finally getting some structure, and I’m getting caught up to what it actually means to be a proper athlete. 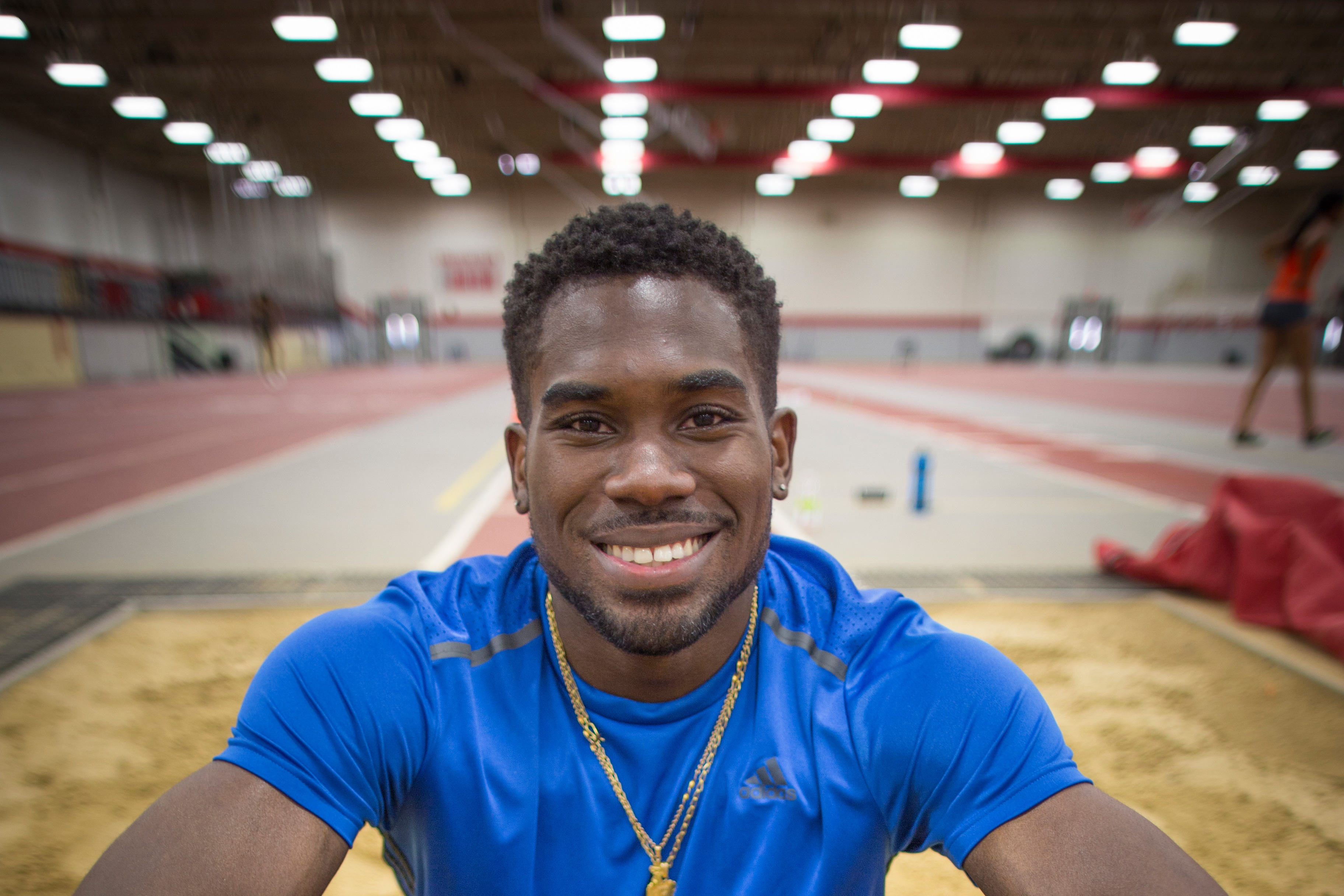 My coach at my junior college got a call from University of Iowa. He [Iowa coach Clive Roberts] sent the brochure. We had our first conversation on the phone, and he was about to hang up—I was like, “Hey, I got a question. Where you from?” He was like, “I’m from Canada.” I was like, “OK, but where are you from from?” He’s like, “I’m from a country called Guyana.” I was like, “I knew it—I could hear it in your voice. I knew it!” We instantly connected; we had a longer conversation, talking about family, and he was really adamant about getting me to the University of Iowa.

We moved from California to Chicago when I was six. All my family from Guyana—aunts, uncles—nobody was born in America. My grandma lived on the south side; she passed a few years ago. My uncle lives four houses down, and then my aunt lived across from my grandma’s house. I could either be at my grandma’s house, my uncle’s house, or my auntie’s house, and I was always exposed to our culture. We had our community; we had our family parties. Food was a big thing, so we were always cooking. If it wasn’t for that block that we had on the south side, the family wouldn’t have that strong foundation of making sure my mom, my uncles, and their kids grew up as Guyanese. We know who we are.

My grandma, she sent her kids one by one. She had one of my aunts—she wasn’t the oldest, but she was the most mature—stay in Guyana. My grandma came here, then my aunt stayed with the younger kids. Then she sent the older kids over to Chicago first, so my aunt was taking care of the younger kids. It was a long process, to send eight kids to America one by one. She didn’t give up. She did it. I think about if my mom couldn’t come—who knows what would’ve came from that.

I started on Fruity Loops. Once YouTube was introduced, I would go on YouTube, and people started posting tutorials. I met so many musicians on My­Space. I had some involvement in people’s lives that were really pushing to make music. I always knew for me it was a hobby, but it was a hobby that I obsess over.

I like the futuristic sound of dance music. What goes into making music, it really has to come from inside, so it’s not like you just press buttons and then make a song—it really has to come from how you’re feeling. I’ve never seen one person hear house music—hear that four-on-the-floor rhythm—and just sit there. You dance a little bit, it hits you—I’ve never seen anybody just disregard a house track. It’s fun; it brings people together.

I’ve never really been one to reach out, but I have made connections. My friend Garrett [Shrigley, aka Adulture], who’s a resident at Smart Bar, he makes house music. He was one person that really taught me how to structure a song—and introduced me to Ableton, which really shifted gears for me. Seeing his appreciation for what he does, it made me appreciate music more. I wouldn’t say he’s the reason why I kept making music, but I think if I didn’t have those interactions—going to his house, hanging out—I wouldn’t be as invested in it. 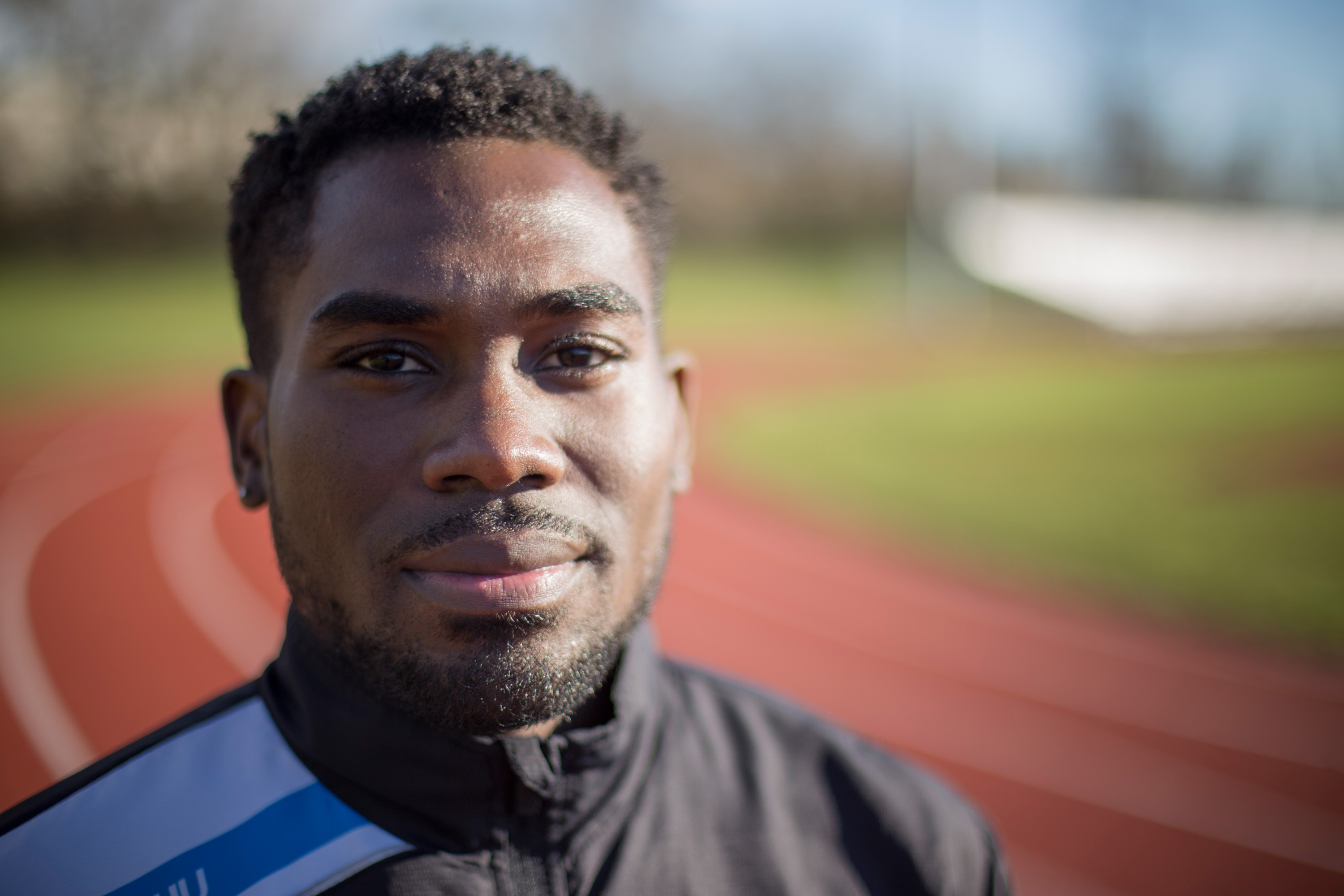 After college, I got invited to the Olympic training center in San Diego. If I didn’t have the support of the U.S. Olympic training center and my coach—Jeremy Fischer, that recruited me—if I didn’t have that support . . . it puts people’s dreams on pause, or just throws it out the window. I did that for three years. I applied for my Guyanese citizenship in 2012, at the first Olympic trials—I didn’t get my passport till 2015. I was like, “Well, I have my passport. Not to bail out of an opportunity, but the U.S. team, let’s be honest, is very hard to make—and this is the opportunity that I wanted. I wanted to represent Guyana since 2012 for my family.” I took it. When I got back to Chicago, I had no idea what I was gonna do. I made a plan—I got in touch with my coach that’s here now [Andreas Pavlou], and we started training.

At the ceremony, being in the stadium—walking in, it was a cloud of white noise. I’ve never been so awed. I’m looking around and everything was silent. The same thing happened for me in the competition—I don’t know if it was very loud while I was competing, or if it was just me tuning all the other noise out. My brothers, my family, and my coach, they were on the sideline—they were close. I would go up to them, and I would try to communicate, and I would just be like, “I can’t hear you.” I’d have to just walk off. That is something I’ll never forget, because I’ve never felt that way. It’s the best feeling I’ve ever had.

It was my sophomore year when I learned more about triple jump. There’s the hop phase, the step phase, and the jump phase. Once you have a long—or a good enough—first phase, a second phase that’s manageable, and then a long third phase, then it feels like that consistent floating motion—like that bouncy, skipping-­a-rock-smooth motion. Once you first do it properly, you panic. I do remember that. You panic in the air—it feels different. And then you get used to it. It feels like you’re flying. It’s the closest thing I can get to it. v 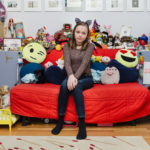 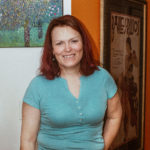