In the past two decades, Williams has lost 28 family members and friends to gun violence. Now the 29-year-old is an antiviolence activist and a behavior specialist at a south-suburban alternative school.

I was born November 3, 1987—right here in Chicago. Grew up on the southeast side—roughly 67th and East End, right off of Stony Island.

My mother, Yolanda Williams, worked at Cook County Hospital. My dad, Archie Williams, had a florist company. My parents got divorced when I was young. But even though my parents were divorced, my dad took care of the house—made sure we had a roof over my head. He was still a father.

He died of AIDS. I was ten. He was only 35 years old. So I didn’t get to ask him all those kinds of—what did you do when you was growing up questions.

When I was young, I went to Saint Sabina grammar school—Father Plfeger’s church. I went to a lot of high schools. I didn’t graduate. I got my GED.

Back then, I didn’t follow politics—I followed gangbanging and drug dealing. I ain’t trying to sound like a cliche. But that’s what you see when you’re growing up on the underserved parts of Chicago.

I had aspirations to be in the WNBA. I had my WNBA players I liked—Lisa Leslie. Marion Jones is still one of my favorite athletes. These were the women who inspired me.

Unfortunately, I didn’t stay in one school long enough to make my name in basketball. I got in trouble. I got suspended all the time. Looking back, it was the trauma. It was overwhelming. The trauma of losing my father and not knowing how to articulate what I was feeling. Of not having the space to open up about things. It stays in you, ’cause it’s got nowhere to go.

I used to have to fight every morning before school and then after school. I wanted to fight ’cause I was angry. I couldn’t articulate that. My father had died. Then my mom found out she had breast cancer. I was trying to figure out, why me? Why, why, why?

I fought with everybody. Including teachers. I told this one teacher, “I’ll hit you upside the head with a bottle.” She gave me a detention slip. I tore up the detention paper in her face. I told her, “I ain’t doing shit.” I was terrible. I’m not proud. At that point, when you’re angry, you don’t see nothing. You don’t see rationality. You can’t see past the anger or the violence you’re feeling.

There’s just so much violence. You can’t really calculate the impact of the violence. The trauma is real. I know I have PTSD. Who wouldn’t? So many people I know have been killed. As of today, 28 loved ones. Cousins, family, friends. I know the people who have been killed, and I know people who killed them. I know them both. How you gonna just deal with that—like it’s not real? 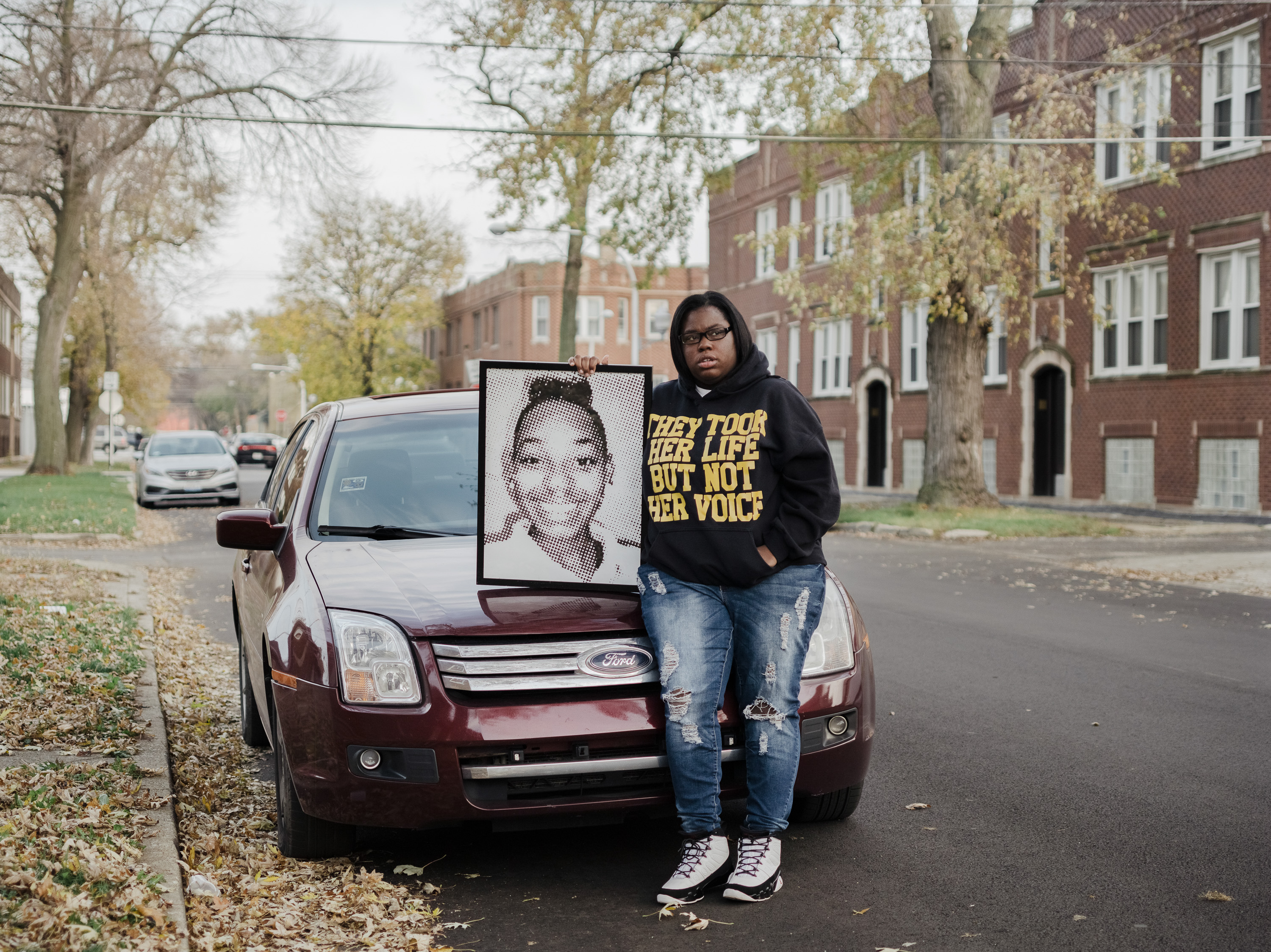 My second-grade teacher was killed. Shirley Tharpe. I researched the story recently to see what happened. They say she died in a struggle when she was stabbed. All I know is that I came to school one Friday and someone told me she had been killed. We were second-graders. How are second-graders supposed to deal with that? They brought in a counselor to talk to us. But that counselor didn’t stay long. And you’re supposed to just go back to your life? After a while you think, That’s just the way it is.

A lot of the guys caught up in [the gang life] are smart. I know, ’cause I grew up with them. I’m thinking of this one guy right now. I won’t give his name. He’s affiliated with gangs. He sells drugs. But he liked physics. He liked science. This guy could have been a scientist. He was into Star Trek. I remember when it came out, he was telling me—“You gotta go see it.” We actually went to see it together. He was explaining it to me—“This is the way the future’s gonna be, with flying cars.” But guys like that, their dreams are killed before they’re old enough to achieve them.

I turned it around for myself about ten years ago. I got pregnant. Being a mother, I knew I had to do something different. Or my son was going to go down the same path as me.

I got my GED. I enrolled at Prairie State College. Got my bachelor’s in criminology. I work at a school in the south suburbs. And I work with Congresswoman Robin Kelly’s violence-prevention task force. And I’ve worked with Black Lives Matter and the Blair Holt Memorial Foundation. Saint Sabina. You name it.

My son is ten now. He’s growing up totally different than I grew up. Much more stable. He’s in fifth grade, never been suspended once. By the time I was in fifth grade, I couldn’t tell you how many times I was suspended.

People ask me, why the violence? You can’t say it’s because of any one thing. It’s a combination of so much. People say [it’s caused by a] lack of jobs and resources. That’s a big part. But we have to deal with the trauma. We have to ask ourselves, How do we deal with the dreams that were deferred when people were young?

I know this ’cause I lived it. I remember being dead on the inside but alive on the outside. And when you’re dead on the inside, you can’t do anything. You understand? There’s a trauma to this life. Until we deal with that, we ain’t doing nothing. v 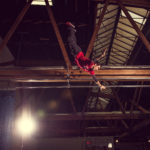