In form, Frazier’s black-and-white photographs echo the work of 1930s social documentarians. But, she says, “I’m not a social documentarian, I’m an artist speaking through photographs.” Unlike those older photographers, she belongs to the world she’s documenting: the body of work that generated her 2014 book The Notion of Family and won her a MacArthur “genius” grant in 2015 is an intensely personal look at how the departure of the steel industry decimated her hometown of Braddock, Pennsylvania. Frazier, 34, came to Chicago to take a teaching job at the School of the Art Institute, but the prospect of greater racial segregation and economic inequality under a Trump administration makes her want to stay: “I understand why I’m here now.”

I always knew that The Notion of Family was going to be a book. I knew that it needed to be part narrative, part documentary, so that’s why the work kind of, when you’re looking at the images, whether they’re of me and my mother or me and my grandmother, they kind of fluctuate in terms of feeling like a narrative and storytelling and also being documents of our human condition.

It became very natural to me to start with myself and my family as the content and subjects since I knew it so intimately and so well. Braddock, Pennsylvania, is, today, predominantly African-American working class and elderly. And starting that work as a teen, maybe by 2008, I realized that there was no real history of record of women, what happened to women after the steel industry collapsed and went overseas, what happened to the African-American community and population after we faced the crisis of social and economic disinvestment at the local, state, and federal levels. Once I realized that, it became very clear to me that this was bigger than me, it was bigger than my mother, it was bigger than my grandmother. It was about rectifying and reclaiming history and then rendering us visible into a very largely patriarchal history and society. 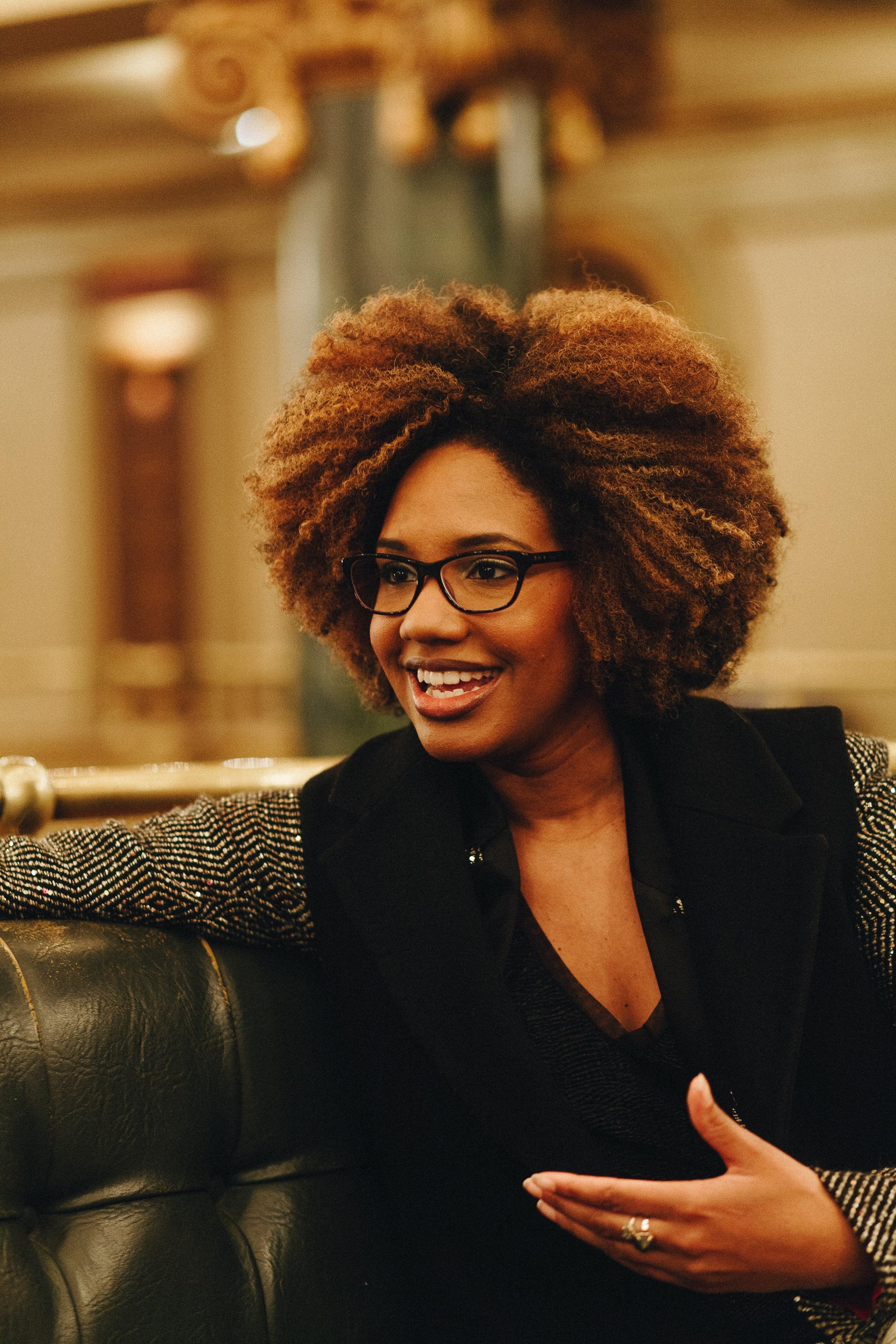 [“Flint Is Family,” my photo essay on the water crisis in Flint, Michigan,] was proposed to me through Robbie Myers, the editor in chief at Elle. Had I been following it? Of course I was obsessively following Flint, because what’s happening to Flint has already happened in Braddock, for decades, and no one has ever addressed it. And so I think I had something to say about the situation, and obviously [my subject] Shea Cobb had something very powerful to say, and I wanted to use my access and talent and technique to be able to uplift her voice and make her a visible part of this mainstream narrative that seemed to overlook someone’s everyday fight and plight.

So in that body of work what you see is the day-to-day living of Shea Cobb trying to protect her daughter, Zion, from this man-made disaster and from poisoned water, but also Shea having to come to terms with, in order to protect her daughter’s life and to make her have a better relationship with water, she has to leave Flint, leave her family behind, leave her community behind, everything she knows.

So there was a lot at stake. So the story’s also about reverse migration, something that is quietly happening that isn’t really being addressed in headline news. You have a large population of flight, of African-Americans going back to the south. 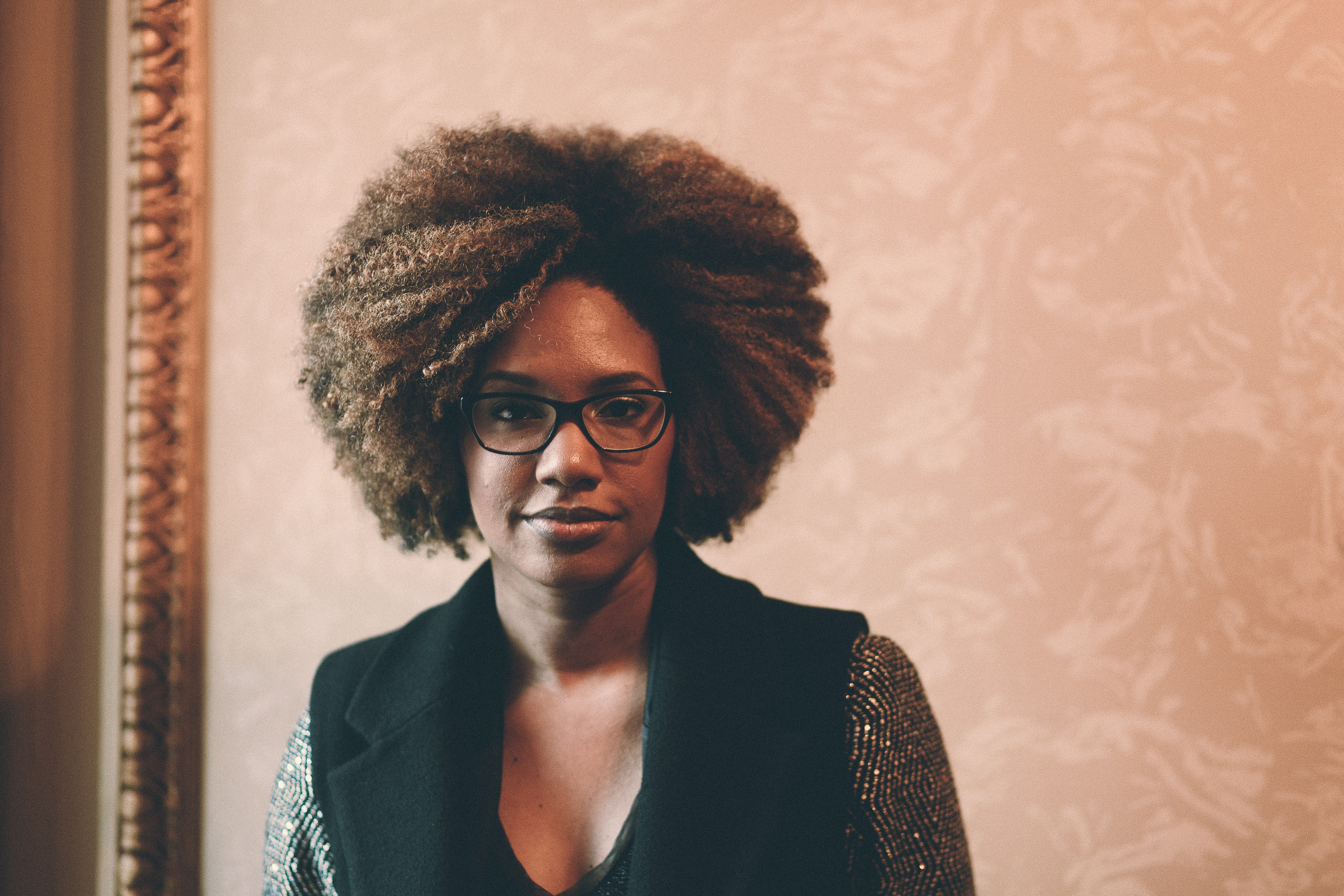 But what’s interesting with all the plants closing and the factories closing, white flight happening, segregation having a very volatile effect because we’re looking at gentrification and redevelopment of the rust belt, there is no place for families of color or immigrants or working-class people or single-parent households or elderly people. This is going to be a very big part of this historic moment that we’re living in. I believe that my images are already trying to archive that. That’s why I’m here. That’s what I do.

One valuable lesson I learned from my mentor, Kathe Kowalski [of Edinboro University in Pennsylvania]. Before she passed, I remember asking her, “How will I know if I’m doing the right thing? How will I know if my work is maturing?” And she looked at me and told me, “You’ll know because the work will start to speak back to you. It’ll start to take you places.” I wouldn’t feel comfortable just up and going to East Germany or steel-mill towns in Russia. I didn’t even know these places existed. But people saw the work. People started to see themselves in my work. And this is why I’m saying the work is bigger than me and my mother and my grandmother. If people from other countries, other societies, other walks of lives, can see themselves in my artwork, then it is doing its job.

I ended up in Belgium recently. I ended up in the coal-mine towns because I was invited to come there. Now once I got there, it was, of course, my decision to either make it a backdrop and make it all about me or to actually use this opportunity to have something to say by addressing those coal miners who felt that after all the labor and all the illnesses they got and all the losses they suffered, that they had not been honored. And so I would get up early in the morning, and I would go to all these different coal miners’ houses in the Borinage, and I would talk to them from 10 AM till seven o’clock. So we’re eating meals, drinking coffee, and it moved from them being skeptical and me being a stranger to us having this profound emotional connection.

And it’s because I’ve spent the time to listen to them and not make it about me, but to come in and say, “I have this opportunity, I see that there is no commemoration for workers in this town, what do you think about that? How would you like to make some images to remember the labor and everything you went through?” I know that I am crafting the narrative, the framework, and the story is being made collaborative with the person that appears in the work. And it is ultimately for their visibility and their voice and message to be heard. v 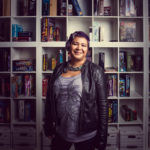 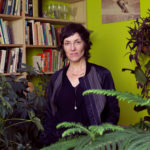