Michi Trota, 38, is a community organizer, writer, speaker, fire spinner, president of Chicago Nerd Social Club, and managing editor of Uncanny: A Magazine of Science Fiction and Fantasy (for which she was the first Filipina to win a Hugo Award). She is also committed to promoting inclusivity in geek culture and fandom, discussing issues of diversity and representation on her blog, at C2E2 panels, and beyond.

When it comes to cultivating geeky interests, I was doomed from birth. Both my parents loved comic books. They loved fairy tales. One of the very first movies they ever took me to see was Fantasia. Star Wars on VHS is one of the first movies I actually remember seeing. It’s been a lifelong thing.

I was born in Lombard, in the western suburbs of Chicago, in 1978. When I was younger, I was very privileged—and I’m using that word specifically—to attend a school for gifted children called Avery Coonley. The school’s whole ethos is based on imbuing students with a sense of civic responsibility and encouraging curiosity, creativity, and independent thought. I was there from [kindergarten] through [eighth grade], and I’m always going to be thankful for being able to benefit from that kind of education. It was basically a school full of nerds. My friends and I would LARP—live-action role play—before “LARPing” was a term. I was writing fan fic before I knew what fan fic was. 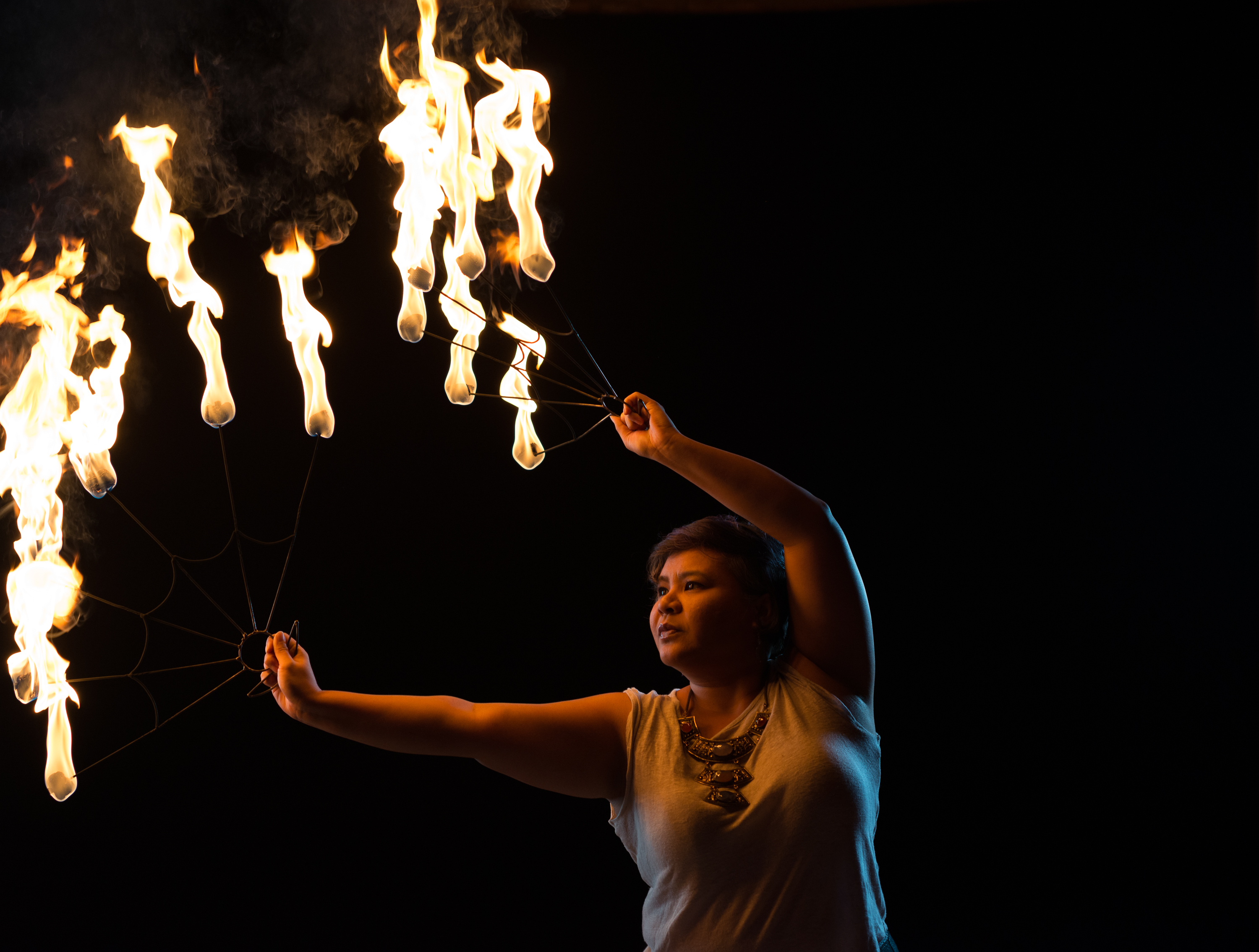 Both my parents passed away when I was young. My mom died right before my 12th birthday. She had multiple sclerosis—a rapid-onset, continually degrading condition. My father had a stroke two years later and died as well. I moved in with my mother’s oldest brother and his wife, while my kid brother went to live with relatives on the opposite end of the country. I was in Pennsylvania; he was in California. Then I went to college in Boston, where I lived for ten years. That’s where I met my husband, Jesse, and then dragged him back here with me.

Jesse and I moved to Chicago in 2006, and I spent a good half decade or more getting to know people and figuring out who my community was. My husband had found some nerd meetups—not all of them were to our tastes. Nerds are not a monolith, which is both the blessing and the bane of geek culture. There are people who’d prefer it was a monolith because then they wouldn’t have to deal with anyone unlike themselves. I was very lucky to start building a community of other women who identified as geeks—other people of color, people across a lot of marginalized identities—where we were able to talk openly about the things we were going through and find commonalities and go through a lot of personal growth.

I used to be one of those women who thought that I was special and different because I was a geek, because “Oh, women aren’t into nerdy stuff,” which is a lie. A bald-faced lie. But it’s one that a lot of us tell ourselves because internalized misogyny is a thing. Internalized racism is a thing. I was becoming friends with women who were really kick-ass—who knew their comic books, who’d seen Star Wars from day one—but were also comfortable with makeup, who liked dressing femme. Becoming more exposed to a variety of expressions—that was sort of a tipping point. 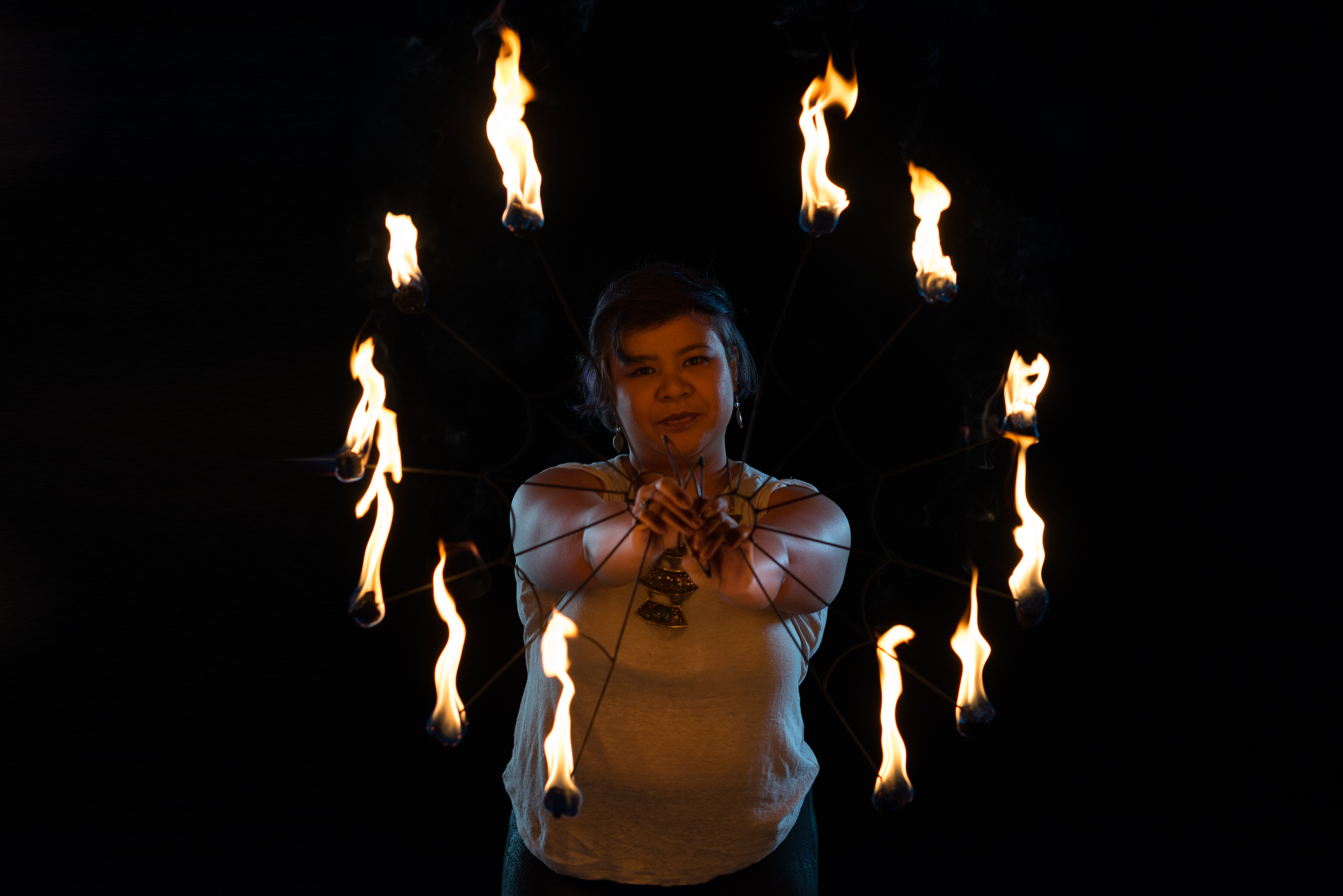 In 2011 I went to Wizard World and went to a panel that just had me spitting mad. It was about using your nerdy passions to be a professional. Every single person on that panel was a man and, with the exception of the moderator, a white man. And while there was a good discussion, when I got up to ask what would their advice be to women who want to use nerdy passions to break into different industries, like gaming or graphic design or writing . . . that did not go well. Answers from the panelists ranged from staring at me like a deer in headlights to one saying that because he had never seen it, there wasn’t sexism in his industry. Another said that it’s really wonderful seeing how women in cosplay at these conventions carry themselves with so much confidence, and if they’d just carry that confidence into the real world, that would be superhelpful! My best friend was at the convention with me and we were like, “This is shit.” We said, “Why are we letting other people determine the boundaries and focus of these discussions? Why can’t we do it ourselves?” We started thinking about what we wanted to do and how much we wanted to push the feminism-in-geek-culture thing.

Our first panel at C2E2 in 2012 was about being creative women and how our geeky interests influence our creative pursuits. The panelists were primarily women of color and included a burlesque dancer-slash-contortionist, a media consultant, a writer, a photographer, and a belly dancer-slash-singer-songwriter. It went better than we expected, especially for a Friday at 6 PM. C2E2 had good feedback and wanted us to submit the next year.

That summer was when the whole “fake geek girl” thing blew up, and we had another “fuck this shit” moment. Our C2E2 panel in 2013 was called “Exorcising the Spectre of the Fake Geek Girl.” A line for that panel was out the door about half an hour ahead of time, which was a Sunday at, like, 10 AM. When we got there, I burst into tears. I had no idea what kind of reception we were going to get. Some really wonderful women were involved in that discussion, and we started doing more panels that were very well received. I started doing more work with Chicago Nerd Social Club and volunteering with the Chicago Full Moon Jam. All of this started ticking my profile up. Because science fiction and fantasy is a really tight-knit community, people notice when you’re doing things. That’s how I met Lynne and Michael from Uncanny magazine. That was 2014, and now it’s 2016, and I have a Hugo Award.

All of the work that I do is somehow connected to fostering inclusive communities. It’s important to understand what makes them welcoming and what can be barriers to participation. Things that have spurred me to do the work I do include being pissed off and wanting to succeed out of sheer stubborn spite. You want me to go away because “Women don’t do x”? Or “A Filipina person doesn’t do x”? Don’t get me wrong, I’m also motivated by joy. Part of the reason I got into geek culture, part of the reason I fire spin, is that there’s nothing that makes me happier than bringing people together.  v 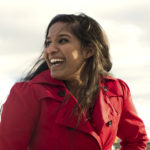 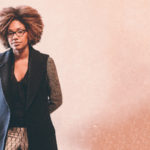