Jendron, 32, is the head brewer at Temperance Beer Company, Evanston’s first brewery since Prohibition. Originally from South Carolina, she moved to Chicago in 2009 to continue her career in marine biology but instead what was meant to be a temporary job as a receptionist at Goose Island turned into a career change. She became a brewer at Goose Island in 2012, and a year and a half later, Temperance owner Josh Gilbert, a home brewer himself, hired Jendron as his company’s brewer.

I moved to Chicago because I wanted something different. I studied sturgeon as a marine biologist for the South Carolina Department of Natural Resources for, like, five years after school, but I had never lived outside of the south and I really just wanted a change.

I did not actually have a job when I moved here. I volunteered at the Shedd Aquarium, contacted the Sierra Club and all the environmental programs in hopes of getting a job in marine biology. To make ends meet, I got a job at Goose Island as a receptionist.

I sat at that desk and got to know a lot of the people in operations. I felt like I’d just come into a family, and they came to trust me as well. I’d answer e-mails, when questions came around I’d go to John J. Hall, who was the head brewer at the time, and I’d really listen to his answers because I needed to reply to these e-mails. We had a taste panel every week, and they’d ask me to come in just because I was there, but also because they wanted a female palate in there, because it is a little bit different than male. 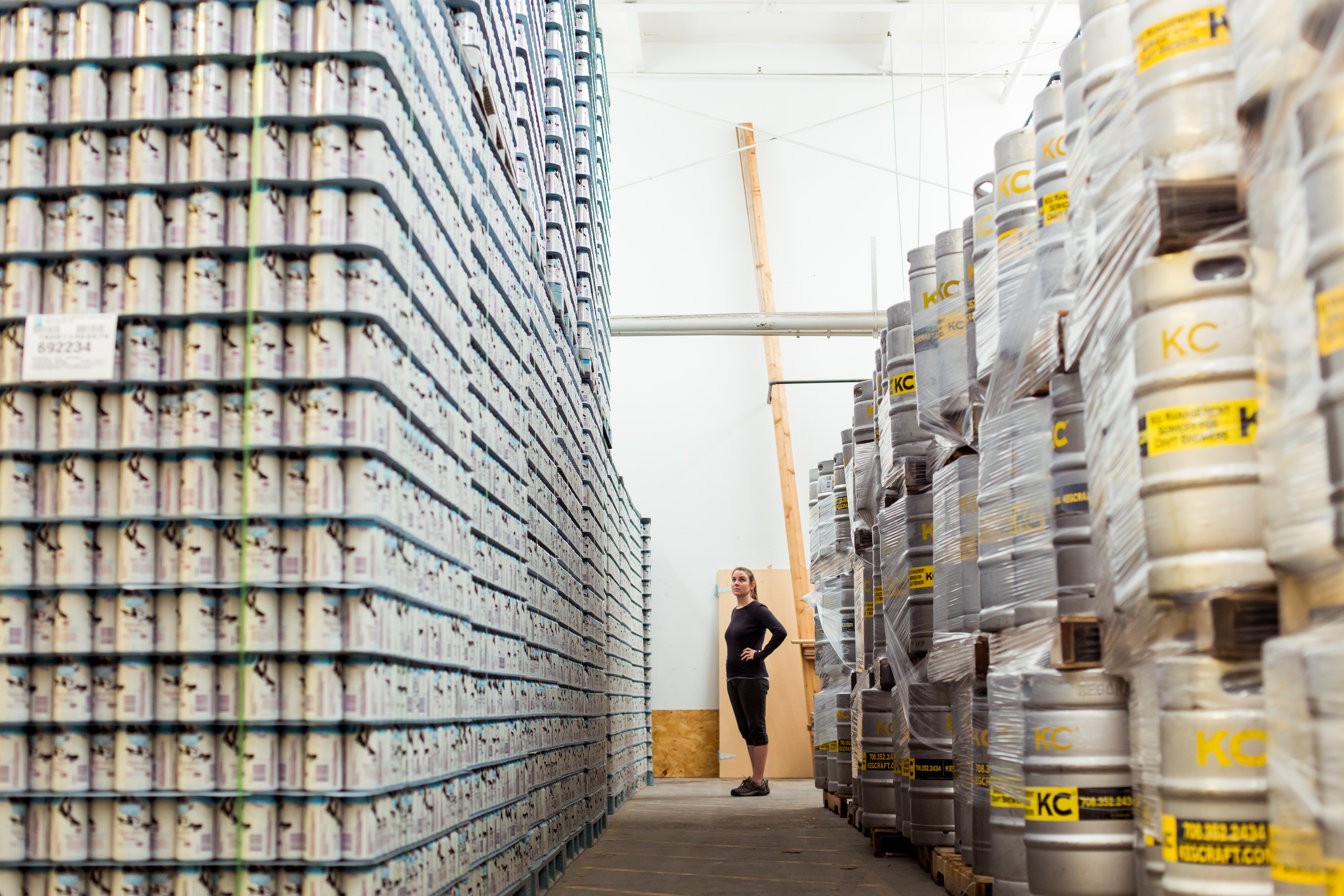 I’ll be in the room and taste something completely different from a man. There’s diacetyl off flavor, which smells like buttery popcorn. I can smell it from a glass that’s three feet away from me—my sense of smell is a little more keen. In a taste panel, it is nice to have someone who can really keenly taste or smell that flavor that’s just a little bit there, but you’re not really sure. A woman would come in there and be like, “Yeah, it’s definitely there.”

When they found out I was a biologist, they were interested. I’d been reading brewing books about the brewing process, and I started helping out in the barrel warehouse. John Hall asked me, “What do you want to do here? Marketing? Accounting?” I said, “I think I want to be a brewer.” They loved the idea of having a woman there, and the fact that I knew the process.

Marine biology, a lot of people look at it as so different, but it is still a science. When I started learning about brewing from the Goose Island brewers, my education tied in. I took four years of organic chemistry, physics, molecular biology, and all the classes that actually do tie into brewing.

“They wanted a female palate in there, because it is a little bit different than male.”

You’d go to Siebel Institute of Technology for a 12-week or yearlong brewing program, but I was learning that through a different field. You do end up using a lot of science in brewing. I’m in the lab counting yeast cells, and I wouldn’t have known how to do that if I hadn’t had to do it for marine biology. I worked out in the field, had boat issues and pump issues. Coming into the brewery, we use pumps, we use motors, and I knew how to look at the mechanics.

In 2013 I was approached by Josh, the owner at Temperance. He said, “What are your plans?” A lot of people had moved on from Goose Island. There was an entirely new brewing staff. I saw Temperance as a great opportunity to branch out. I loved that it was a smaller system, I loved the fact that it was in Evanston. I saw it as an opportunity for me to take what I learned at Goose Island and show everyone that Goose Island really is a teaching brewery.

I think Josh asked me to be the brewer because he saw that I knew what I was doing. It doesn’t hurt that the Women’s Christian Temperance Union is the basis behind the concept of Temperance, so I think he loved the idea of bringing in a woman.

Coming from Goose Island, I didn’t want to brew the same beers. But then, that’s the beer that I knew how to brew. We brew English-style beer [ESB] because I know the yeast really well; I worked with it a lot at Goose Island. Josh came to me with his home-brew recipes. I tried them, looked at the recipes, ended up changing them to the point that we could work with them on a commercial scale. We do a pineapple blond ale here, and that was Josh’s idea. We do a cherry ESB.

Working with someone who is a home brewer—it’s good because they do know the process, and they know the quality aspect of it. But it’s hard for them to see it on a larger scale, using a pound and a half of hops as opposed to three ounces. It’s very different, technically.

My approach to brewing has changed since coming to Temperance. Being in charge is definitely different. Before I was told what to do, when to do it. We had a lab to do all the samples and testing, we had a packaging team. Now I’m the head brewer, the packaging manager, the shipping manager, the lab technician. I wear a lot more hats. I definitely have more of an appreciation for every aspect. At Goose Island I would start a batch there and maybe not finish it, someone else would finish it. Seeing each batch through, I have a lot more respect for the beer, definitely more compassion for everyone in every part of the brewery. 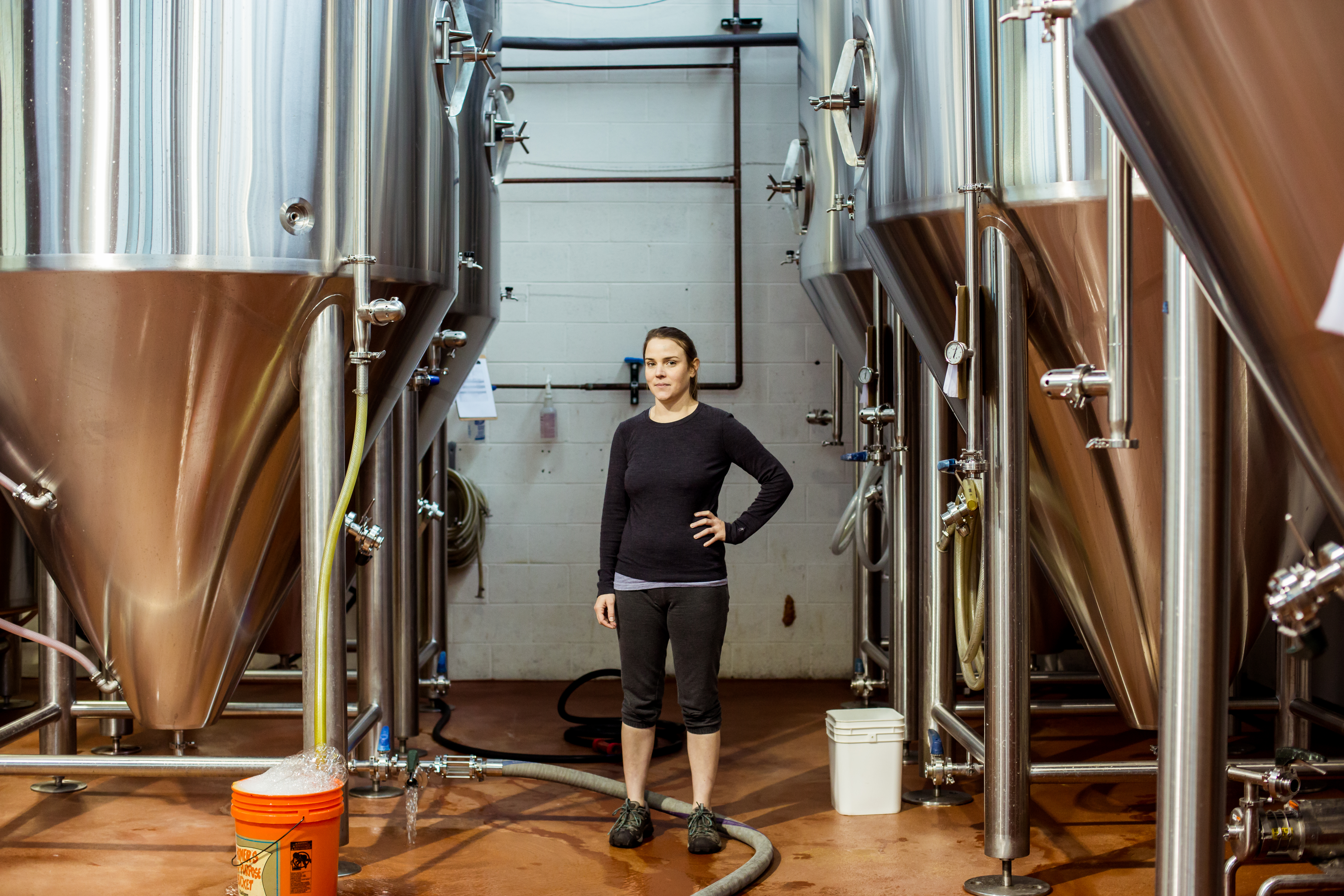 Since I started reading up on brewing and getting into brewing, I’ve gotten just as nerdy with it as I was with marine biology. I can look at a molecular diagram and understand what’s there, because I’ve seen it before. With physics, a lot of it is geared toward learning about how a gas goes into a liquid, or transferring a liquid from one tank to another.

I’ve actually met the executive director of the Sierra Club; he came up to Temperance with a group that was doing a tour. I was like, “I e-mailed you like 20,000 times when I first moved here!” He was like, “If you want a job, that’s cool.” But—no. Marine biology was fun, but in brewing I really have found my passion.  v 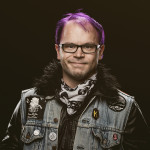