Daniels is founder and director of Cicerone Certification Program, which works to raise standards in beer service so that it will do justice to the best work of craft brewers. The 57-year-old has run beer festivals, he’s worked for the Brewers Association, and for more than 20 years he’s served as a beer judge. He’s also a faculty member at the Siebel Institute of Technology, and he’s written several books, most famously 1996’s Designing Great Beers.

For people outside the industry, I always say, “You know what a sommelier is for wine? OK, we do that for beer.” I’ve certainly seen and had a lot of bad beer—beer that was not bad because the brewer did something wrong but because the wholesaler or retailer did something wrong. The biggest one is infected draft lines or dirty draft lines. There’s old beer, oxidized beer. There’s skunky beer. And then there’s dirty glassware.

There was a particular incident at a bar in western Colorado—the beer was bad, and the people serving it had no idea that it was bad. In fact, they had no idea that beer could be bad. Brewers are busting their asses to make great beer, and these bars just think it’s like a can of Campbell’s soup.

Cicerone Certification Program launched in January 2008. Cicerone has four levels now. The first level is Certified Beer Server, and it’s for bartenders and waitstaff. That’s the online test. We try to give them a vocabulary and a basic understanding of key flavors in beer, so that they can have an intelligent conversation with a consumer and not just say, “It’s really good, you’ll like it!”

The Master Cicerone has a particular focus on connecting the brewing process and ingredients to the flavor of the finished beer. The things that distinguish a master are amazing tasting ability and encyclopedic style and brand knowledge. They have to be extremely adept at beer and food pairing—they basically sit down with a professional chef, and the chef says, “Here’s a food item and there’s five beers.” You’re on the spot. There are now 12 ten-minute oral exams in the master.

We have a standard. We have a title. If you’re a Certified Cicerone, people expect you to have this knowledge. This is all manufactured out of thin air. It was taking an idea and turning it into something that people believed in. You want them to fear the test—Certified Cicerone, the pass rate is like 40 percent.

I majored in biochemistry in college but got a job on the student newspaper. I worked as a communications person for a couple years between college and graduate school—I worked for a little oil company. Then I went to Saudi Arabia and wrote and produced video training programs for Aramco for about a year, and came back to Chicago as a product manager for Abbott Laboratories. They brought me in as a product manager for the first HIV test when it launched in the mid-80s.

I started home brewing in 1989. Goose Island had just opened, just the pub. Sieben’s brewpub, which is now Reza’s on Ontario—they used to have the brewing equipment still installed there. When I was trying to start a brewery in the 90s, I did look at that space. Quenchers on Fullerton was open—that was the specialty beer bar.

I’ve been self-employed essentially since 1990. I had my own public relations firm for a while. Ninety-six was the year that my motto was “All beer, all the time.” I shut down my PR firm, I was trying to start a brewery, I started a beer festival, and I was writing Designing Great Beers. The first time I met Mitch Steele, the head brewer at Stone, he was still working for Anheuser-Busch, and I was on my way to an Anheuser-Busch boondoggle, changing planes in Salt Lake City. I’m standing there waiting for my plane, and there’s some guy walking around the departure lounge with a copy of my book under his arm. I’m like, “Well, I gotta talk to this guy.”

I took the [Beer Judge Certification Program] exam in ’91 for the first time, and quickly started judging home-brew competitions here in the midwest. Humans are not hard-wired to vocalize their perceptions of flavor. We really have to train ourselves. “Refreshing” is not a flavor word. Even “hoppy” has gotten to be so generic—tell me more. Are you talking about bitterness? Are you talking about hop flavor and aroma?

I have a history as a beer entrepreneur that’s littered with great ideas that were well before their time—that were loved by beer nerds but not successful enough to employ me. The Real Ale Festival was one of those. At its height, it was the largest cask-ale festival anywhere outside the UK. We had 250 casks in 2003. We had people from 35 different states order tickets, and five different countries. It never made money. The period I was doing that was the worst period for craft beer in the last 30 years.

From late 2003 till late 2007, I was working for the Brewers Association as director of craft-beer marketing. [CCP] started in 2008, and I was still with the Brewers Association part-time, doing the book-publishing operation. By January 2010, I’d hired a part-time employee. By the middle of 2010, she was a full-time employee, and I’d rented office space. We did staff photos today, and there were eight people there—those were the full-time folks. We have some part-time people. And we have a vast cadre of contract people who do grading or proctor exams for us in different parts of the world.

We promote and advertise the program to certain consumer groups—we want them to know about Cicerone, so that when they have a bad beer experience, they will say to the bar, “Hey, have you ever heard of the Cicerone Certification Program?” That’s so much more powerful as a marketing tool than us calling the bar. We’ve never done that.

Yesterday Chicago, today America, tomorrow the world—that’s not a Cicerone hyperbole, it is what’s happening in craft beer. For years we’ve gotten inquiries from other countries—somebody from Spain will send us an e-mail and say, “Oh, craft beer is really going in Spain, we need a Cicerone program.” Then we get one from Japan, one from India. We had BrewDog from the UK call us up and say, “We want you to come over—we have 20 people who are going to take your exam.” They probably have 65 Certified Cicerones now, which is a huge number. And they have two masters—they’re the only organization in the world with two. I’ve got a request to go give an exam in Berlin, and I may do that in February or March.

We’re in the process of drafting an agent agreement for an organization to represent us in Australia. By this time next year we should have fully functional Spanish and French websites. And God only knows—I literally had a guy from South Korea come to the office to sit down and talk to us two or three weeks ago about representing us in South Korea.

My personal motto is “Sooner or later, every good idea turns into work.” We have lots of good ideas, and unfortunately for my staff, I decide that we should do a lot of them.  v 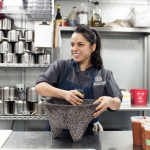 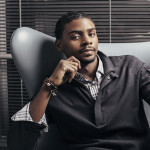