Sixty-five-year-old Hill was once Mayor Harold Washington’s bodyguard and a beat cop in some of the city’s toughest neighborhoods. She retired from the Chicago Police Department in 2007, after 21 years on the force. Now she’s a vocal advocate for criminal justice reform. She’s also got advice for the activists fighting the city’s police culture—if they’re willing to listen.

I grew up in Chicago, in North Lawndale, and then we moved to 35th and King Drive. My mother was a laborer, my father was an auto mechanic. Back then, the police were the last people you called, because it was kind of embarrassing. It would show that you didn’t have control over your household—you didn’t know how to manage your business.

The first [police] encounter I can recall: I worked for a pharmacist, and I would deliver prescriptions in his late-model Cadillac convertible. I remember being pulled over by the police in Woodlawn. They suspected I had stolen the car. I felt like, here these people are with all this authority, I would think they would be smarter. I was able to demonstrate that I was doing what I said I was there to do. They treated me pretty well. 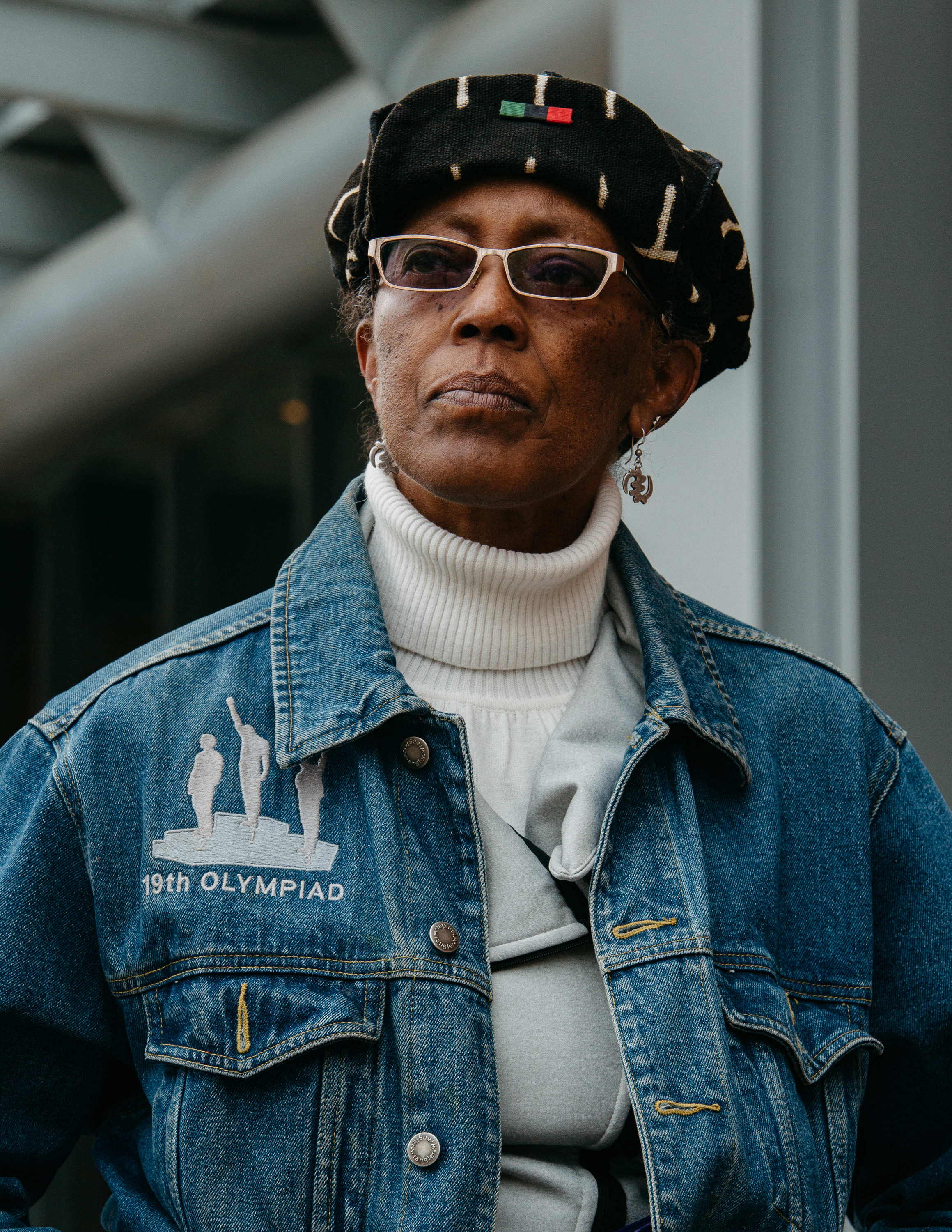 In 1974 I took the exam for the police department, but also for Chicago Public Schools. There was such a disparity. In the police job the salary was like $7,000 a year, there was no union, there was no job security. The teaching job with CPS was like $10,000 a year, you had a union, you worked ten months out the year. So I taught high school physical education for 12 years, and I began to notice how dependent the black community was on the police. The gangs were flourishing, people seemed to feel helpless, and they were always calling the police. And they were not being treated well. It was as if you were imposing on the police when you called them, as if you don’t deserve service. A lot of my students were involved in gangs, and many of them had gotten killed.

Then I started hearing this rumbling that we were looking to elect a black mayor. I thought, Wow, maybe I want to try to be a police officer again, ’cause I want to work for the first black mayor of Chicago. I was given the opportunity to become a bodyguard for Mayor Harold Washington.

City Hall changed overnight—the city opened up. The police were still predominantly white, but Washington appointed the first black police chief [Fred Rice]. That set a tone. His whole tenure, his effort was to try to hire more blacks. Community-police relations were better. Police officers were more cooperative. It was clear that the police department was there to engage in the community.

One of the men that was promoted during the time of Harold Washington became a commander in Cabrini-Green, and he was looking for a neighborhood-relations officer. This was the second highlight in my career. At the time Cabrini had more drive-by shootings by juveniles than any other area. Going back to the premise that athletics is a deterrent for crime and juvenile delinquency, I decided that we needed to create a massive athletics team—a baseball league. And ultimately there was a book written called Hardball that later became a movie, that was based on my program. It had a lot of national attention. I’m convinced that if you’re determined and you’re serious, and you apply the proper mechanism to these things, you can stop any crime.

After that a new commander came in who did not share the same philosophy. I asked to be transferred, and I didn’t care where. I was transferred way south to the city limits, to Altgeld Gardens. And then I volunteered to go to Englewood, one of the pilot districts for community policing, the CAPS program.

We really gave the community policing philosophy and practice to Englewood. I was able to instruct a lot of young officers. We created a mentor program. We were the first to get out of our car, walked the beat. Our officers would organize basketball games with guys who didn’t go to school. We were able to get information. We were developing a different culture of policing.

I got suspended a lot, because as the head of the African American Police League—sort of like a black union, to improve the relationship between the police and the community—I was challenging a lot of the policies in the department. First of all, there’s a lot of sexism and racism, so I fit the bill being a black woman. I was wearing a spiritual symbol in my ear called an ankh. The rules changed, the department said women could not wear earrings. They decided to suspend me for disobeying orders. I filed a lawsuit, won that, and was able to keep wearing it. I was suspended for almost half of the year. That was the first time. I was suspended probably about six or seven times. They tried to fire me twice. 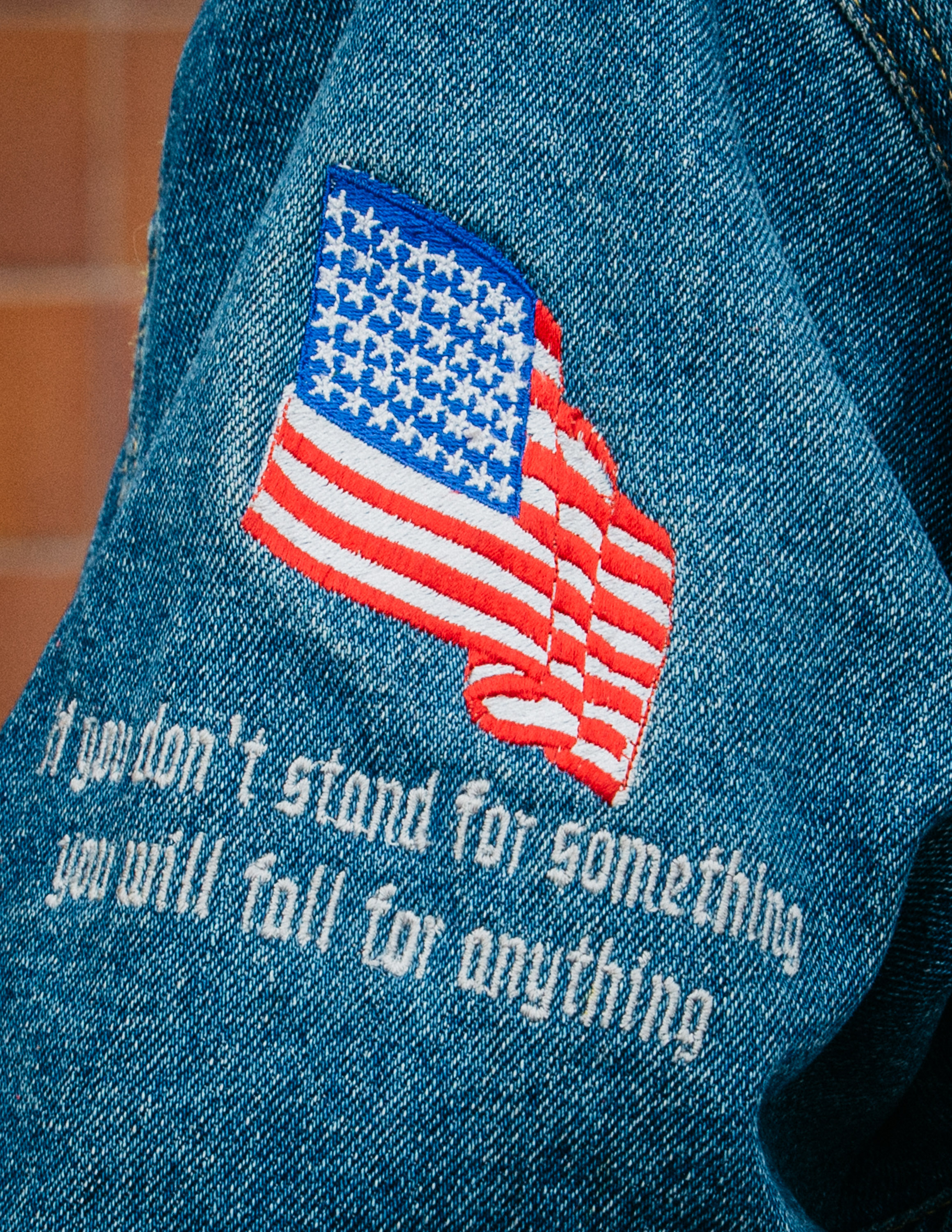 We suspended the league in 2012 because of a lack of interest. I had retired in 2007; I was becoming obsolete. The league was important because it demonstrated that when you had black officers, black people got better service. The killings and treatment of blacks today is more egregious than it was then, so it shows that having the league had some effect. It’s not necessarily about more black police officers, but more police officers that want to be black. If you get more black officers, there will be a change.

When you join the police department, if you don’t have an identity, it’s gonna give you that blue identity. And these officers buy into it, many of these black officers, they’re still with the Blue Lives Matter. It’s really a setback. It’s a different type of blacks who’s becoming the police. Every time I see them, I challenge them one-on-one, ask them, “How are you involved in standing up to protect the community?”

I just got back from Oxford [University, in England]. I spoke at the Oxford Union, and on the panel with me were Deray [McKesson] and [Brittany Packnett], the young lady out of Ferguson. They believe that we should just abolish policing altogether. Well, one day, maybe. But not today. There are some people who are incorrigible. Who’s going to enforce the standards of our community if you abolish all the police?

These events are institutionalized. Why are the police killing so many young black men? The culprit is white supremacy. It’s about white privilege, it’s about white dominance. We have a black superintendent, but the mayor is running the department. The [fact that Eddie Johnson’s black] is irrelevant. He’s not carrying this out like a real black man would. He’s carrying the party line. You have to get into structural changes and [the police] have to be under civilian control.

I do unofficial recruiting—if you don’t like what’s going on, become the police. You can’t complain if you’re not going up in the system. I’m a prime example of the fact that background investigations couldn’t find everything. They saw a teacher with three children in a home with a white picket fence and neighbors that said I was a good neighbor. But they didn’t find a young Panther sympathizer, they didn’t find a black nationalist. And had they known that, I would never have had that opportunity, ’cause they don’t want any dissenters. So I’m telling these young people: if you’re gonna do it, you gotta go in with the intent of helping the community. And we’ll help you! We will support you. v